A resident physician at Stanford Hospital, Dr. Nathaniel Morris specializes in mental health. In a recent editorial in Scientific American about the difference between the way health care providers view marijuana and the way the federal government regulates it, Morris expresses disbelief at the decision by the U.S. Drug Enforcement Administration (DEA) to keep marijuana classified as a Schedule I narcotic. 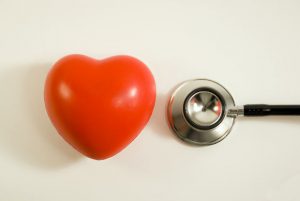 A Schedule I drug is one that is considered so dangerous, it has no medically-accepted purpose. It’s in the same category as bath salts and heroin. Says Morris, “I can’t make much sense of this.”

Daily, he speaks with his mental health patients about substance abuse. In his training and experience, he has learned there are some abuses that are extremely concerning, and others much less so. The very first substance he inquires about in evaluations? Alcohol. It’s effects are seen daily by emergency room doctors after drinkers crash their cars, fall into an alcohol-induced coma or inhale their own vomit. Alcohol leads to some 1.2 million emergency room visits annually, and excess alcohol consumption accounts for nearly 90,000 deaths in the U.S., according to the U.S. Center for Disease Control and Prevention (CDC). It causes significant problems for fetuses when their mothers drink. Then there is cocaine, also a concern for pregnant women, and also the source of heart attacks and kidney failure. Methamphetamine causes rapid heart palpitations, violent agitation and hyperthermia. Opioids – including heroin and morphine – often kill patients with sudden respiratory failure. The effects are worse when the drug is used intravenously.

Health care providers simply don’t see overdoses on marijuana. They aren’t concern with marijuana-related abscesses on the brain. Cannabis isn’t associated with heart attacks. As far as medical providers are concerned, marijuana consumption is something that is seen as being in the same category as perhaps caffeine or tobacco. It isn’t necessarily great (although some have noted significant benefits, particularly when it isn’t smoked) and it’s something providers seek to help the patient limit, but it’s not urgent. It isn’t life-threatening. It doesn’t usually require treatment right away.

Research and medical communities have long viewed marijuana as benign. For example, one recent study conducted over the course of decades revealed that long-term use of marijuana is about as bad for one’s health physically as not flossing. It’s almost impossible to overdose solely on marijuana (unlike alcohol).

These kinds of facts are the main reason why most doctors support the availability of medical marijuana. Of course, there are still some large institutional hold-outs, like the American Medical Association. However, others, like the California Medical Association, not only back medical marijuana, but are now calling for full legalization. There is even now a group called Doctors for Cannabis Regulation that sees the issue of cannabis legalization as a public health issue. Although they do not claim the drug is totally harm-free, they do argue the federal government’s stance is harmful.

This isn’t even a new thing. An expert report commissioned by Richard Nixon in the 1970s recommended U.S. lawmakers decriminalize the drug. Nixon ignored those findings – as did most of his predecessors since then.

We’ve seen hundreds of thousands of marijuana-related arrests every year, which has resulted not only in prison for those individuals, but lost productivity to society, families ripped apart, opportunities lost – and minorities were targeted far more aggressively. All of these, of course, are detrimental to the health of our communities.

The stark difference in how doctors and the government view marijuana, Aug. 29, 2016, by Chirstopher Ingraham, The Washington Post