California began feeling the heat from the feds starting last October, with the launch of a massive crackdown on medical marijuana dispensaries. 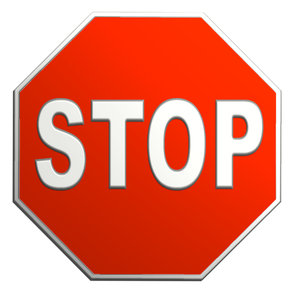 While one would hope this might mean at least a temporary reprieve for Californians, that isn’t likely to be the case.

In Colorado, the Daily Camera reports that dispensaries in that state are enduring its third wave of closures, following letters sent by U.S. Attorney General John Walsh. The attorney general’s office had said it was committed to shuttering all dispensaries that operate within 1,000 feet of a school. The office mailed notice to several dispensaries, indicating if they do not move or close by Sept. 17, they would face criminal prosecution and/or civil repercussions and fines.

This will affect about 10 dispensaries across the state, and all have agreed to comply rather than be subjected to federal raids and seizures.

Similar letters were sent to 23 dispensaries in Colorado back in January, and another 25 were issued in April.

Now, the U.S. Drug Enforcement Administration has issued 23 similar letters to dispensaries in Washington State. These letters take the same tone, and cite the operations’ proximity to schools – and the enhanced federal penalties that accompany this under U.S. marijuana laws.

Federal officials say they expect the dispensaries though to simply close quietly and without a fight.

It’s unclear whether they’ll get their wish, but we do know that pot shop operators in Los Angeles have not been willing to roll over so quickly. In the face of a city ban, many have vowed to stay open – and now they will be able to, at least until March 5, when voters will decide whether to repeal the citywide ban on dispensaries enacted last month.

Washington state has generally been less strict than some other states with regard to its legislation. It allows up to 10 patients to band together in order to cultivate the plant. Other than that, though, regulation is left largely up to local officials.

California has a similar system, and as we’ve seen in recent months, that has led to vastly conflicting municipal rulings, regulations and legal opinions.

The federal governments efforts only further exacerbate and muddy the situation. While marijuana is illegal at the federal level, officials – up to and including President Barack Obama – had vowed not to interfere with marijuana dispensaries that were complying with state and local rules. However, they ended up far overstepping their bounds in this regard.

Dispensary owners in Washington, like those in California, say they are generally at a loss for knowing exactly how they should operate, given that there is no uniformity in the regulation.

Many try to find locations that are outside of that 1,000-feet of schools rule, but that has often proved challenging.

We’ll continue to monitor the federal actions in these states, as it could result in implications for dispensary operators and marijuana patients here in Los Angeles.