The benefits of marijuana use compared to the potential risk of inhaling the drug have been hotly debated. Whether you are a recreational or medical marijuana user, a dispensary owner, or you are against the use of marijuana, you are likely impacted by a side effect of marijuana use–secondhand smoke. For decades, medical professionals, including physicians and researchers, have known that second hand tobacco smoke can be injurious, even leading to cancer. But what about secondhand marijuana smoke? Is it as dangerous? Should we be concerned about smoking marijuana when children are in the room? 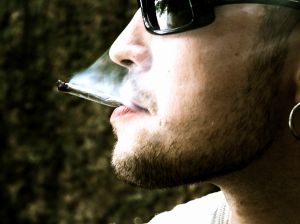 A growing number of studies have unveiled the medical benefits of marijuana. California residents who have a doctor prescription can use medical marijuana to treat a range of illnesses and conditions, including epilepsy, anxiety disorders, cancers, stomach conditions, and other ailments. Whether you already have a marijuana card, or you are considering a marijuana prescription, you should have a clear understanding of your rights, and the potential risks. Our Orange County medical marijuana attorneys can help you ensure compliance with California regulations and laws. We also represent clients who have been charged with a marijuana related crime.

The study on secondhand smoke should raise concerns for users who may smoke around children. Marijuana smoke was shown to reduce blood vessel function, but did not revert back to normal within 40 minutes, unlike tobacco smoke. According to analysts, the study suggests that secondhand marijuana smoke could account for higher risk of heart attack and atherosclerosis. Those who are in a room where a significant amount of pot is being smoked may face the same risks as being exposed to tobacco smoke. Users should also be aware of children or pets who are in the room and could be at risk of secondhand smoke hazards.