A rose by another name might smell as sweet, but turns out the name of your bong does matter, and allegations of brand heisting are turning into a big buzzkill. Companies from California to Florida have found themselves named defendants in trademark lawsuits, filed by a luxury brand German water pipe manufacturer and its licensed U.S. seller. The firms allege that their products – which can go for thousands of dollars – have become verified smoker status symbols, the benchmark for cannabis cool – and that it’s being illegally hawked by head shops across the country. L.A. marijuana trademark lawyers understand that at the the heart of these dozens of claims just in California over the pricey pipes are the ways in which the alleged infringement cost the company sales and and diluted its brand. 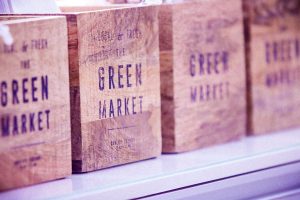 What complicates cases like this is that for now, marijuana remains illegal under federal law – specifically 21 U.S. Code Section 863. The company, which does possess a legitimate trademark, officially refers to its product as a bong, proudly advertises its awards from publications like High Times magazine and is open about its commitment to excellence in cannabis consumer goods and advocating for the expansion of marijuana legalization laws. The reason that  is problematic is that products in violation of federal law cannot seek trademark protection, and many companies are reticent to go into a courtroom and testify that their primary product violates federal statute. However, the firm has managed some success in securing settlements from alleged counterfeit distributors.

Further, a company spokesman was quoted by The Associated Press as saying the firm is willing to go to court to defend these cases, and is seeking millions of dollars in damages.

As the market demand for legal and medicinal marijuana has risen steadily (currently at $8.5 million a year now in the U.S.), so too has the demand for ancillary cannabis products. Many, including pipe manufacturers, are venturing more brazenly into the waters of U.S. trademark law – with some success. It’s enough of an issue that our L.A. marijuana trademark attorneys know companies need to pay attention.

For a brief time in 2010, the U.S. Patent and Trademark Office announced a new category of trademarks for medical marijuana, and numerous firms jumped on the bandwagon for to secure their own. However, the “green rush” on patents was short-lived when, just a few months later, the federal agency declared that adding the category was error and and that no marijuana product would be eligible legally for trademark protection so long as the substance remained unlawful.

As if that wasn’t bad enough, the USPTO started regularly requiring applicants to declare in good faith they were not seeking copyright or trademark protection for any services to marijuana businesses. Fort his reason, it is critically important that you discuss any application for trademark or copyright protection for any dispensary, farm, physician’s office or ancillary products company with an experienced L.A. marijuana trademark attorney.