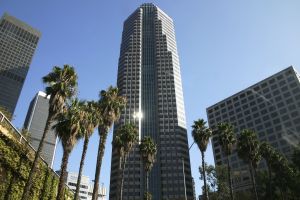 Our Los Angeles marijuana lawyers have learned that the city clerk has announced that council has several options for each initiative.

The first proposal, which would limit the number of marijuana storefronts to the roughly 100 or so that existed before the city’s largely-ignored moratorium in 2007, could be either adopted by ordinance, considered in a special election or placed on the ballot for the city’s regular election in May.

The second proposal, which would increase business taxes on medical marijuana from $50 to $60 for every $1,000 sold, in addition to other regulations, must be submitted to the ballot in the city’s next election. This measure would also enact stricter zoning regulations for marijuana dispensaries. It would keep them a specified distance from parks, schools, churches and substance abuse treatment centers. Backers of this measure say that the latter aspect of the regulation would naturally weed out roughly 70 to 85 percent of existing dispensaries, trimming them to about 150 or so.

Both petitions easily surpassed the required 41,138 signatures to qualify for the ballot, and supporters of each say they want to strike a balance between appropriate regulation and an outright ban.

At this point, unless the council decides to adopt the stricter ordinance – which it very well could – it seems as if the choice may ultimately be up to the voters.

There is also another possibility: The city attorney’s office previously proposed a limited immunity ordinance. This would allow only a handful of medical marijuana storefronts to freely operate. Councilman Paul Koretz formally offered up the plan last June, but was set aside in favor of an outright “soft” ban that allowed only small groups of three or fewer patients and/or caregivers to grow the medicine. However, council was forced to reverse the ban just a few months later, before enforcement ever started, when medical marijuana advocates were successful in gathering enough signatures to place a measure on the public ballot that would repeal it. So now, the old idea is again being kicked around.

The last several months have been a complex and at times heated back-and-forth regarding what move the city should make next. It’s not clear at this point which route they will take.

Complicating matters of course is the fact that marijuana is still technically illegal in any circumstance under federal law. Local and state courts have issued a plethora of conflicting rulings over the last several years. In light of this, it’s difficult to say whether council will again try a more hands-on approach at regulation, or whether they will sit back and let the public choose.

Koretz has recently been quoted as saying that the ballot drives have “forced our hand.”

The clerk has said at the very least, council’s decision on whether to boost taxes on existing marijuana clinics will be made before the end of this month.