While the Food and Drug Administration refuses to recognize the benefits of medicinal marijuana, leading experts classify cannabis as a botanical medicine. 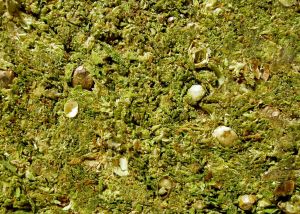 Our Los Angeles marijuana lawyers encourage the historic move by the American Herbal Pharmacopoeia (AHP) which has added marijuana to its list of botanical medicines – the same category in which many Complementary and Alternative Medicines fit.

The so-called cannabis monograph complies scientific data from various sources and includes a much anticipated standard for the plant’s botanical properties, quality, purity, and identity.

A drug monograph provides specialized standards for use and quality of a particular substance.

The marijuana monograph establishes a foundation and baseline for how a health care professional may utilize cannabis therapy and treatment in the way they treat patients. In order to adequately use marijuana as a treatment medical professionals require a complete scientific understanding of the biologic effects, constituent components, and the plant itself.

Medicinal marijuana proponents believe that including cannabis in the American Herbal Pharmacopoeia has the strong potential to return marijuana to its rightful place alongside other botanical medicines with proven benefits.

Many other treatments in the botanical medicine category have been used by countries and cultures for centuries to treat various conditions.

In 1851, cannabis became a part of the U.S. Pharmoacopoeia. It remained until 1942 when federal marijuana tax laws drastically reduced production of cannabis and prescriptions.

The need for a cannabis monograph became clear in 2011 when it was realized that validated standards would be required to legitimize medicinal marijuana and ensure that cannabis products were governed by some sort of quality control mechanism.

As medical marijuana use became more common place it enjoyed expanding use in a variety of areas. Experts believe that establishing information about appropriate use and other standards will benefit regulators, providers, and patients involved with the marijuana business.

Individuals and organizations involved in the marijuana business will truly value testing standards that are proven to accurately quantify important cannabinoids, or chemical compounds that are linked to the therapeutic effects of the plant.

In addition to quality, safety concerns can be addressed by testing for microbes, metals, pesticides, and other harmful chemicals potentially present in medicinal marijuana.

Beyond the immediate benefits to patients, providers, and regulators the addition of cannabis to the list botanical medicines helps legitimize the true medicinal properties of marijuana.

The Therapeutic Compendium will be a second part of the cannabis monograph and is due to be released sometime in the spring. It will outline many years of cannabis throughout the world as well as provide information based on modern research about the positive health benefits marijuana can have on a broad range of symptoms and conditions.