Advocates of marijuana in Orange County and elsewhere in the state of are back at it, making another attempt at legalizing recreational use of the drug. Earlier this week, the secretary of state’s office approved the circulation of ballot petitions for their proposition. Supporters of the drug must collect nearly 505,000 signatures from residents by the 19th of December in order to get the initiative to appear on the ballot next year.

This wave of support, headed by medical marijuana activist Steve Kubby, varies from California’s Proposition 19. This was the failed attempt to legalize recreational marijuana during the 2010 midterm elections. 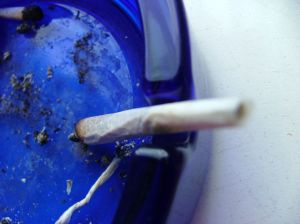 Our Los Angeles medical marijuana attorneys would like to recognize the continuous efforts of these advocates. We also see the strategy of this campaign as next year’s presidential election is more likely to gain better support from a broader group of voters. Midterm elections typically bring out more conservatives.

In their latest attempt, they’re pushing to legalize marijuana by asking that people who grow the plant be treated like vintners and microbrewers. These people are not taxed when they keep the product for themselves.

The proposition recommends that those who sell marijuana be regulated by the state Department of Alcoholic Beverage Control.

When Proposition 19 was voted down in 2010 by a 54-46 percent vote, liberal and conservative politicians alike joined together in rejecting the proposal. If Proposition 19 would have passed, California would have been the first state to legalize smoking pot recreationally.

The California chapter of the National Association for the Advancement of Colored People (NAACP) called for an end to the “war on drugs” in what it called a “historic resolution.” Its resolution endorses rehabilitation programs. This theory is supported by recently released data that concludes that African Americans were nearly 15 times more likely to go to jail than whites for the same drug-related offense.

“These flawed drug policies that have been mostly enforced in African American communities must be stopped and replaced with evidenced-based practices that address the root causes of drug use and abuse in America,” said Benjamin Todd Jealous, president and CEO of the NAACP.

Throughout the Proposition 19 campaign a number of other black leaders voiced their opposing opinions on the legalization of the drug, saying that it would in fact harm the black community.

“It will cause more carnage, more devastation, more crime, more burglary in that community or in any other community. It doesn’t make sense. How can you educate an intoxicated mind? You can’t,” says Ron Allen, who is president of the International Faith-Based Coalition and is African American. “If Martin Luther King could hear something like that, he would turn over in his grave, knowing that our greatest civil rights organization is talking about legalizing a drug and calling that civil rights.”