A 61-year-old man in Missouri has been serving a life sentence in prison for nonviolent marijuana crimes. Soon, that will change. 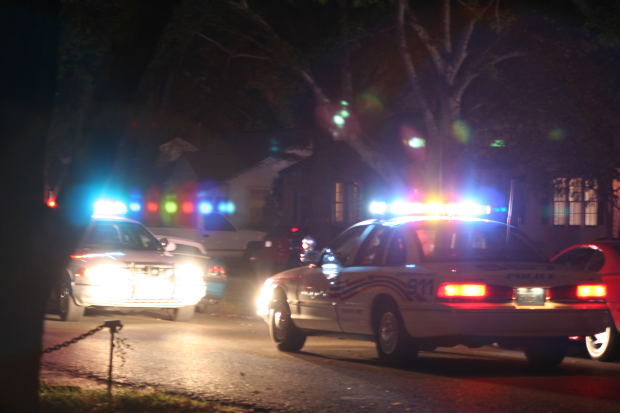 His attorney recently announced that per a decision by the state department of corrections, the man will be free within less than a month after serving more than 20 years in prison. His last offense was reportedly for selling six pounds of marijuana to an undercover officer in 1993. Strict drug laws in place at the time bound the judge to sentence him to life as a repeated drug offender. The state followed a “three strikes” law for all drug offenders.

The state parole board convened with him after he became eligible for parole this spring after the Democratic state governor commuted his life sentence, in addition to issuing pardons to five other offenders with non-violent pasts.

The governor received a petition from Change.org with nearly 400,000 signatures seeking clemency for the prisoner.

More than 8 million marijuana arrests from the years of 2001 through 2010 were for simple possession of the drug. Half of all drug-related crimes involve marijuana in the U.S., mostly for simple possession. That’s according to a recent report from the American Civil Liberties Union, which also noted the U.S. reported more arrests for marijuana-related offenses than all violent crimes taken as a whole.

Worse, the organization noted significant racial disparities when analyzing the patterns of arrest, and this held true nationwide. Although use of marijuana was generally the same across racial lines, black Americans are far more likely to be arrested on marijuana charges than their white counterparts – by fourfold.

Our prisons are beyond packed. The U.S. holds just 5 percent of the total global population, and yet we house a quarter of the world’s prisoners. But we are not a more violent nation. Rather, a huge reason why that figure is so high has to do with the significant penalties imposed on those who commit nonviolent drug crimes.

Just prior to the so-called “War on Drugs,” in 1980, the federal and state prison and jail population numbered about 40,000. And according to the non-profit Sentencing Project, which advocates reform of the criminal justice system, that figure had expanded nearly 500,000 by 2013. These were not high-ranking leaders in the drug world. In fact, most were not violent and in fact, a small minority even had past criminal records.

Ascertaining the full impact of those incarcerations, some like this case being decades-long, we do know local and state governments shell out annually between $10 billion and $20 billion solely to continue the imposition of marijuana prohibition.

States that have legalized the drug, and even those that have simply decriminalized possession and/or approved medicinal marijuana, have noted significant drops in their prison numbers. Still, many remain locked up on marijuana convictions dating back many decades. Others have been forced to grapple with the stain of a criminal conviction on their permanent record, which can make it difficult to secure employment, housing, loans and state and federal benefits.

The Change.org petition that fueled the release of the Missouri man was written by his son, who noted his father’s first offense was in 1984, when he sold an ounce of the drug to an undercover officer. He was then found to be in possession of half a pound of the drug. He offended again in 1991, when he was caught in possession of a few ounces. His final strike occurred in 1993. He was reportedly driving a friend to complete a deal that turned out to be a sting. All others convicted in that case have since served their sentences and been released.

Now, he too will have that chance.