These days, there is a smartphone app for just about everything. If you need to get a ride to work, pay for your parking, or request a refill for your prescription, there are apps that can assist with any of things. According to a recent news article from International Business Times, there is now an app to assist people with running their home medical marijuana grown operation. 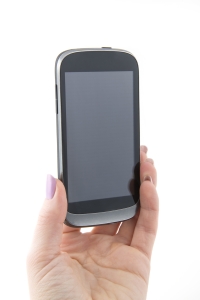 In reality, the company sells a complete home grow operation that is run and monitored via a smartphone app compatible with their new product. Under normal circumstances, running a home grow operation can be somewhat complicated and expensive. You would first need to convert a closet or small bedroom to house the indoor grow operation. You would need to install irrigation systems, grow lights, and monitoring equipment to make sure there is the right temperature and balance of light and water. You also have to frequently change water levels as the plants mature and keep bugs away from the plants for several months until they are ready to harvest.

The owner of a company designing the homegrown operation has produced a fully contained system that looks attractive (actually like a giant white smartphone) and is fully automated. He is calling this a “plug and plant” hydroponics operation. The company claims the sleek-looking four foot tall grow operation will allow you to plant the marijuana, close the cabinet and monitor the progress on your smartphone. After around three months, the system will produce two full-grown marijuana plants without any work on your part, mess, or odor of marijuana in your home during the growing process.

He also says he designed the new system, priced at around $1,300, to be a piece of technology someone could be proud to display in their living room and could talk to guests about the hot new item, as opposed to hiding it away in a closet or basement, as people did for years when medical marijuana was completely illegal.

As our medial marijuana business attorneys can explain, there are variety of new and exciting products hitting the market each year, and there is still a great deal of opportunity to make money in the medical marijuana industry. However, there are a still a lot of local, state, and federal regulations and laws which must be closely followed if you want to have a successful company and avoid being fined, or in worst cases, being arrested for running what the authorities consider a criminal enterprise.

The best thing you can do if you plan to go into the medical marijuana business is to consult with an experienced attorney before you spend any considerable amount of money. If is often much more cost effective to make sure everything is done properly prior to going into business than it is to deal with problems that arise later. However, this is not to say if you already have a business and run into to trouble, you shouldn’t seek assistance immediately. The faster you act to protect yourself and your medical marijuana business, the better your chance of a successful outcome.