As both Colorado and Washington legislators sort through a system of regulation for sales, taxes and enforcement of legalized marijuana, many others are gearing up as well. 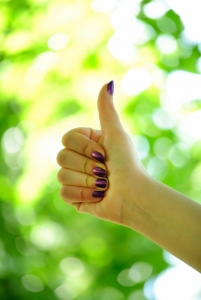 Our Los Angeles marijuana lawyers understand that investors are already beginning to back those with well-designed business models. Farmers are studying more about cultivation. Some medical dispensaries are readying to make the transition into retail sales. Laboratories that currently test the potency of the plant are working to determine who they might be able to meet the standards each state is slated to put in place.

There is even a name given to these hopefuls: “potrepreneurs.”

Still, until the federal government shifts its position on marijuana, many of these operations may never really get off the ground. A number of those who are hoping to enter the industry are also concerned that they might have the property and business pulled out from underneath them, concerned they might even end up in federal prison.

Although the U.S. Justice Department has yet to issue a response on how it will respond to the movement in both states, legally, federal laws trump state laws, and state laws can be quashed if they “frustrate the purpose” of the federal government. Some have said it is difficult to see how the state measures would survive a court challenge.

Then again, support for medical and recreational marijuana in this country has never been higher.

Yet even those who are optimistic about the future know it will probably be quite costly. In Colorado, for example, the state’s medical marijuana industry was doing quite well as of 2009. But since then, the industry has shrank by about a third, partially due to natural market adjustment and also partially as a result of federal crackdowns.

Dispensaries seeking to insulate themselves as much as possible need to heavily invest in legal advice.

And medical marijuana probably isn’t going anywhere anytime soon either. IBISWorld Industry recently named medical marijuana to its growing list of industries report earlier this month. The drug is being tapped for an expanding array of conditions, with doctors now looking to use it to ease certain symptoms for Alzheimer’s patients. The industry analyst firm reported that expected annualized revenue growth is expected to expand by about 14 percent over the next five years, reaching about $1.7 billion by 2013.

For whatever unsupported arguments police unions or prosecutors put forth about these operations contributing to neighborhood decay, are a lot of reasons to believe the legalized marijuana would be good for local, state and federal economies.

For starters, states could expect to save an estimated $14 billion on prohibition enforcement. That’s right off the top, without anything else invested. In Washington State, WPTV reports that marijuana legalization is estimated to rake in approximately $500 million in annual tax revenues. Similarly in Colorado, the Colorado Springs Business Journal reports that legalization there should bring in about $60 million annually in tax revenue.

Legalization would also go a long way in reducing prices of the drug, which would in turn leave patients and users with more money to spend on other things which in turn stimulates economic growth.

It’s further estimated that annually, the cost of marijuana incarceration throughout our prisons stands at about $1 billion annually. That’s more money in taxpayer coffers.

In California, marijuana growers cultivate about $14 billion worth of the drug annually. That makes it the state’s most valuable cash crop.

It’s worth noting that the illegal marijuana industry generates about $36 billion annually. That’s not only money in our pockets, that’s less money in the hands of violent gangs and cartels.