Medical marijuana has been legal in California since 1996. One would think the social stigma, not to mention the legal entanglements, endured by medical marijuana patients by now would have lifted. But as a heartbreaking story out of Orange County reveals, this still isn’t so. 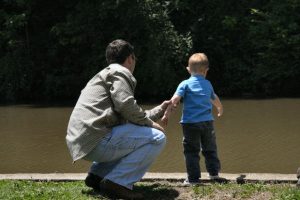 The story, chronicled in The Orange County Register, details the ordeal of a new father fighting for custody of his infant son, currently in foster care, because the courts refused to grant him custody due to his status as a medical marijuana patient.

The 31-year-old reportedly did not find out about his son until the day a woman he’d dated nine moths earlier contacted him from a hospital bed to tell him she was giving birth. He drove to the hospital the following day and met his son. A social worker told him the baby’s mother would not be allowed to leave with the child. He immediately started to petition for custody of the boy. In order to do so, however, he had to take a drug test. Prior to undergoing the test, he revealed to the social worker that he used marijuana with a doctor’s prescription to treat for pain he suffered due to a car accident years earlier. The test results were inconclusive. However, his admission of his status as a medical marijuana patient was enough, the court held, to deny his request to bring his son home with him.

The child was put into foster care last September. His father has been fighting ever since to bring him home.

He and his fiancee are just a couple of the hundreds of families who are battling California child custody issues due to their status as medical marijuana patients. As our L.A. marijuana lawyers know, these individuals now have renewed hope with the passage of Proposition 64. That’s because in addition to the legalization of recreational marijuana, the law offered additional protections for medical marijuana patients. Among those: State courts can’t restrict or rescind a parent’s right to custody just because they have a recommendation for marijuana.

However, state officials say this isn’t new, and the only reason they would remove a child from a parent’s custody or restrict a parent’s visitation with a child is if there was some clear evidence of harm due to the parent’s use of marijuana. They say there has to be some nexus between the drug activity and the parent’s ability to care for the child or the child being placed in some form of jeopardy.

But many patients, like this one, disagree. He says the only reason he’s been denied custody is is because of his status as a marijuana patient. There are many family law attorneys who will back that assertion.

One of the biggest issues is that social workers and family law judges have a significant amount of discretion in these cases. Although some recognize that marijuana is legitimate medicine – certainly no worse than prescription painkillers – there are some who treat it according to its federal schedule, making it no better than heroin.

The question is often whether the parent is under the influence when caring for the child, as the child must be kept safe at all times. But too often, marijuana is used as a wedge issue between warring parents in child custody cases.

There was one case in which a father, a medical marijuana patient taking the drug for arthritis, was required to undergo drug tests and complete drug abuse treatment and parenting courses in order to keep his son. This was despite the fact that there was no evidence of abuse or neglect, he had help caring for his son when he was medicated and he kept the drug in a locked box. In 2012, the California Court of Appeals overturned these requirements, finding them to be an abuse of discretion by the lower court. In that case, justices held the social workers did not show a link between the father’s use of marijuana and the risk of physical illness or harm to the child.

Can marijuana break up a family? Parents face custody issues over legal cannabis use, Dec. 13, 2016, By Brook Edwards Staggs, The Orange County Register