If you have ever taken the time to flip through all the channels available on your cable package, you have probably seen many television personalities offering advice in business, investments, cooking, gardening, home buying and just about everything else. According to a recent feature from LA Weekly, a woman known as the “Martha Stewart of Marijuana” is now offering advice for women looking to get involved in the medical marijuana industry. 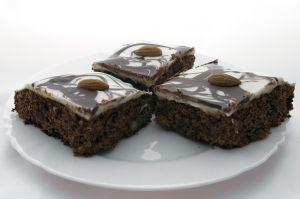 Cheryl Shuman is the real name of the marijuana business expert who has been the president of the Beverly Hills Cannabis Club for the past two decades. She is helping women to take advantage of what she is calling the “pot-com boom” in the marijuana cultivation industry with obvious reference to the dot.com boom of the late 1990s.

Earlier this year, she founded a networking group called “Women Grow,” where she counsels women looking to join the burgeoning industry. She highlights opportunities that others might overlook, such as “weed photography” and edible baked cannabis products.

As our Los Angeles medical cannabis attorneys can explain, many patients are not able to and are unwilling to smoke marijuana due to obvious health consequences. That means other forms, such as edible cannabis, are becoming a popular option for patients in need of alternative ways to fill their prescriptions. Even drops of liquid THC oil extracted from marijuana plants can be administered via an eyedropper to children with autism, and this form of therapy has shown tremendous promise to those who have already tried conventional pharmaceuticals and been unsuccessful.

One of the reasons women are so eager to hear what Shuman has to say about the marijuana industry is because of the success she has had in the past with her own involvement. She helped Kush magazine increase their revenue stream from around $150,000 to around $6 million in a period of a year and a half. She has also advised celebrities such as Madonna and Steven Tyler, according to the article’s author.
In addition the Beverly Hills Cannabis Club, she is also the executive director of another organization called Moms for Marijuana where her daughter works and is deputy director. She strongly believes these moms have a lot to offer the marijuana industry and that there are many opportunities for them to succeed.

In addition to finding new business opportunities and making existing ones more profitable, those planning on entering the medical marijuana business should first consult with an experienced attorney who is familiar with state, local, and federal regulations and can help at the early stages of forming a business plan. Despite the vast financial opportunity for success, there are a lot of pitfalls lurking out there to trap the unsuspecting investor, ranging from fines to business closure and even jail time.

Seeking a consultation with an experienced attorney should allow prospective investors to navigate these pitfalls and avoid any trouble, rather than having to seek help with how to get out of a bind. However, even if you find yourself in trouble, it is never to late to seek help. You should keep in mind these matters are not routine for the average civil attorney who helps news businesses with regulatory issues. It really helps to consult with a law firm that routinely represents those in the marijuana industry.