Many of the veterans who served our country returned home with a lot of physical and mental health issues. One of the biggest afflictions faced by these brave men and women is posttraumatic stress disorder (PTSD). PTSD can be paralyzing and can be triggered by even the most common day-to-day events. For example, the simple act of driving under an overpass on the highway can trigger a major PTSD event. The reason for this is, when soldiers were traveling in convoys under these kinds of overpasses, they were instructed to swerve erratically to avoid having an improvised explosive device (IED) dropped on them from people hiding on the overpass. This was a relatively common event. 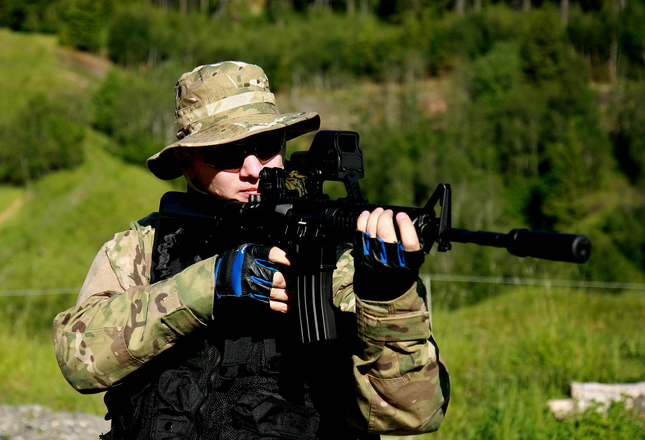 According to a recent news article from CBS News, medical marijuana may offer significant help to veterans suffering from PTSD and other medical conditions as a result of their service to the nation. Many veterans say the were fortunate enough to service a war zone but still face nightmares every day based upon their experiences in Iraq and Afghanistan.

One soldier interviewed for the story says he still suffers from pain, both physical and mental, from the four years he spent in Iraq. He said he has a lot of friends who died, and some of them died in his arms. He described the situation as a “tornado” going on in his head constantly that never stops. He further said, without medical cannabis, it would never slow down, and he would not be able to talk about the events to participate in the interview.

This soldier lives in Florida, where medical marijuana is still not legal, despite a legislature which should change that, and he was arrested and sent to jail for growing his own medical marijuana for personal use. He is still facing additional criminal charges related to growing and possessing medical marijuana. As our Los Angeles medical cannabis collective attorneys can explain, this should never happen. Our veterans deserve better than they are being treated, and they should be allowed to have access to this very helpful medicine, regardless of the state in which they live.

For example, in that state, there was recent legislation passed to allow medical cannabis to be grown, but they are only going to license five producers out of the nearly thirty who applied, and, once they pick the five, they will only be permitted to grow a low-THC strain of medical cannabis known as Charlotte’s Web. While medical marijuana is legal in California, there is still a great of deal legislation about where it can be grown and if the state will get involved, and it looks like this is actually going to happen.