According to California NORML, there are now an estimated 1.1 million medical marijuana users in the state. These users make up roughly 3 percent of the population.

This number has continued to increase, as has the demand for the product. There were an estimated 300,000 patients in 2007, 150,000 in 2005 and 75,000 in 2004. The increase is consistent with the registration rates of other comparable states that have similar access to medicinal clinics and dispensaries in Los Angeles and elsewhere, according to The Weed Blog. 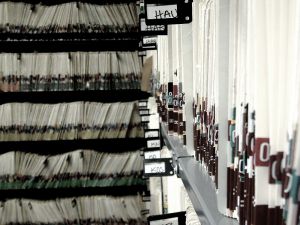 Patients are not currently required to register in California, making the exact number uncertain. California’s current medical marijuana law, Prop. 215, states that patients only need a doctor’s recommendation to legally purchase and use the product. As of now, a tiny fraction of the state’s medical marijuana users are enrolled in the state’s voluntary ID card program. This program issued 12,659 cards in 2009 and 2010.

Our Los Angeles medical marijuana attorneys understand that these numbers represent a large number of legitimate patients who are permitted by state law to consume medical marijuana, but local politicians continue to prevent their treatment by shutting down these shops with more restrictive laws, regulations and bans.

There is still no proof that liberal access to the drug has caused any type of increase in the overall marijuana use in California.

“The data show that medical marijuana users are becoming an increasingly important constituency,” said California NORML Director Dale Gieringer. “It is time for the federal government to stop ignoring the facts and recognize their right to medicine.”

According to U.S. SAMHSA data, the number of users in California, including those non-medical users, equals less than 7 percent of the population just in the past month, or a little more than 11 percent in the past year. These rates put California only slightly above the national average in marijuana use, and below several states with even tougher marijuana laws.

The total retail value of the amount of medical marijuana consumed in California is estimated between $1.5 and $4.5 billion a year. The average use of the product is between 0.5 to 1 gram per day at an estimated cost of $320 per ounce.

California is the only state that allows the use of marijuana to treat any condition for which it provides relief, including psychiatric disorders such as PTSD, bipolar disorder, ADD, anxiety and depression. These conditions account for roughly 25 percent of the total patient population.

If companies, patients and users do not continue to fight for their rights as medical marijuana users, this treatment could be yanked from California and patients will be left to suffer. Users and business operators in the industry are urged to vote to preserve our rights. Until patients are truly united, user rights will continue to be trampled on by federal and state governments.