A new medical marijuana dispensary in California is about to open and you’ll never guess by who — the host of the Montel Williams Show, Montel Williams himself. Williams is a sufferer of multiple sclerosis and has been a medical marijuana advocate for years now, according to OC Weekly. He recently took his supporting role one step further by opening his new shop, the Abatin Wellness Cooperative, in Sacramento. 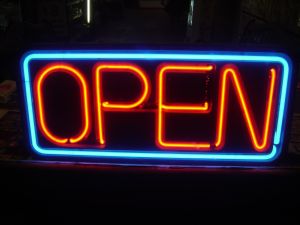 His new shop is generating a cloud of controversy in Sacramento, which currently has a moratorium on new marijuana clubs. There are a number of clubs that have been grandfathered into the city’s collective ordinance and are not happy about the arrival of their new, high-profile competition.

Our Los Angeles medical marijuana lawyers recognize that all owners and operators of these dispensaries are held in a bad light, at least by law enforcement and government officials. Many of these shops aim to do nothing more than serve patients who need this treatment for their medical conditions. They look to hurt no one, break any laws or cause any other problems, yet they’re always being harassed by law enforcement for merely existing.

“It’s absurd. I can go get morphine pumped into my system and nobody’s got a problem. But all of a sudden they’re really worried if I smoked a joint,” says Williams.

So, how did Williams get around the moratorium? The location of the new shop, 2100 29th St., used to be the home of the Capitol Wellness Collective. The previous owner of this club is now Williams’ executive director.

Williams’ already has a handful of critics, including a contractor who claims the previous dispensary owes him a grand total of $20,000. Some of his other critics accuse him of just trying to cash in on a local movement that they’ve created. Either way, Williams says that he’s not in it for the money.

As you know, California allows anyone with a doctor’s recommendation to use medical marijuana for proper treatment for whatever their health condition may be. Critics still claim that these dispensaries are nothing more than a front for drug traffickers.

“We’ve been caught up in culture surrounding medical marijuana that’s 20 years old,” Williams said. “While adhering to every single state law, we want to provide safe access for patients and really medicalize this. Patients should be put first.”

Williams says that he wants his shop to be a place that patients could go to and feel comfortable bringing their parents. For this reason, his parents were guests during the unveiling of his shop last week.

This dispensary is different from all of the others, according to Williams, because it’s high-end. The operations here won’t have the patients sticking their nose in jars and jars of weed.

“You see people standing around, sticking their nose into things,” Williams complained. “I don’t go to CVS to pick up an individual Vicodin.”

Sticking your nose in a jar may be the best way to figure out which weed is best for your conditions, state Toke of the Town’s Steve Ellliot. There are all different types of marijuana strains that are available to treat different ailments and customers oftentimes use their noses to inspect the weed and make sure it’s fresh.