According to GOP presidential hopeful Herman Cain, the medical marijuana industry should be regulated by each individual state, reports the SF Gate. Medical marijuana in Los Angeles abides by its own governing laws, which differ from many other city and county regulations statewide. The difference in these local laws and the conflicting federal laws is putting many dispensaries in legal limbo. 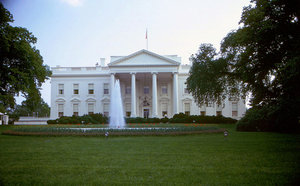 Our medical marijuana attorneys in Orange County understand how beneficial government support is for the pot industry. Right now, Texas Rep. Ron Paul, former New Mexico Gov. Gary Johnson and Cain are among some of the most popular political supporters of the industry. Right now, 16 states and Washington, D.C., have legalized medical marijuana. According to a recent Pew Research study, more than 60 percent of Republicans support medical marijuana legalization. This is up from less than 40 percent in 2006. A Washington Post/ABC News survey concluded that more than 80 percent of residents support medical marijuana. With all this support, the federal government is still pushing on with its nationwide crackdown.

While all of this support may raise the spirits of advocates across the country, many have reverted back to the fact that former President George Bush and Obama once claimed the same perspectives, yet converted their beliefs against the industry and tried to send it packing.

Many political experts believe that Cain may gain the support of medical marijuana advocates around the country after the Justice Department’s crackdown on marijuana dispensaries.

Cain has made some questionable claims including a proposal to electrify the border fence and taxing the working/middle class at a much greater rate, but he appears to be sympathetic with the marijuana nation.

Cain’s opinion on the marijuana industry was voiced most recently at his campaign stop in Iowa, according to HuffPost.

Republican presidential candidate Gary Johnson already came forward and expressed his support for the legalization of marijuana. He says it’s only a matter of time before it’s legal everywhere.

“The fact that mainstream presidential candidates…are saying that their administrations would respect states’ rights to implement medical marijuana laws shows just how far this debate has come,” said Tom Angell of the Law Enforcement Against Prohibition.

While these candidates may only be seizing the opportunity to feed off of advocates’ frustration with Obama’s empty promises, it’s important for voters to see past the political jargon and to choose a presidential candidate who can maintain a hands-off approach toward marijuana shops that abide by state law.

As shops and advocates continue to sue the federal government, claiming the Department of Justice overstepped its constitutional authority, shop owners, patients and doctors are urged to seek legal representation to ensure that your rights are preserved in this battle.

The CANNABIS LAW GROUP offers aggressive and experienced representation for the medical marijuana industry in Southern California. If you need to speak with an attorney, contact our firm. Call 949-375-4734 for a confidential consultation to discuss your rights.