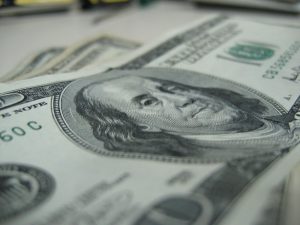 As discussed in this article, Los Angeles, San Francisco, and Alameda rank at the top of this list in terms of medical marijuana sales with Los Angeles being the highest on the list. With the medical marijuana business growing to this level over the past two decades, tax revenues have grown, as well, and this is part of the reason for the community support we are seeing for the legalization of recreational marijuana.As our Los Angeles medical marijuana lawyers can explain, much of this tax money goes to the state’s general fund, and then some of the money goes to state and local municipalities, so there are a lot of state and local agencies that can benefit from the taxation of the legal sale of marijuana for recreational use.

The possibility of earning more money through the sale of marijuana for recreational use is particularly enticing, because many communities in California are limited on raising property taxes, which is a more traditional source of revenue generation for local governments.  With the ability to tax marijuana sales, the towns, cities, and unincorporated areas of counties can get around the need to enact additional levies which are not only unpopular, but require voter approval.  It is not easy to get voter approval to raise local taxes for reasons one could easily imagine.

While there is still some question as to how many people will partake in the recreational marijuana industry, it is estimated that by the year 2020, just two years after legalization, there will be over a billion dollars in annual tax revenue generated.  This would be about ten times as much money as is being generated from taxation of medical marijuana.  However, it should be noted that recreational sales of marijuana will be taxed a higher rate than we have seen with past sales of medical marijuana.  As for total sales, in the United States last year, $6.6 billion of medical and recreational use marijuana was sold, and, by the year 2025, experts believe there could be just under $25 billion in sales.  These are seemingly incredible numbers, but based upon the financial success of the medical marijuana industry in Los Angeles, and other areas of California, these numbers seem much more logical.

More specifically, Los Angeles County alone had $231 million in state legal medical marijuana sold, and this amounted to $21 million in sales tax collected.  This is with a population of just over $10 million.  As it turns out, around 2 percent of the population in the state of California are registered medical marijuana patients, which is also a very high figure when compared to other states with a legalized medical marijuana program.   Another point is that legalized sales of recreational use marijuana will bring much of the black market sales of marijuana into the legal market that this will increase tax revenues even if the number of marijuana users does not increase.