When it comes to medical marijuana in Los Angeles, prohibition is not the answer. It’s never worked for anything and it won’t work now. The solution is three-fold: Legalize, regulate and control. 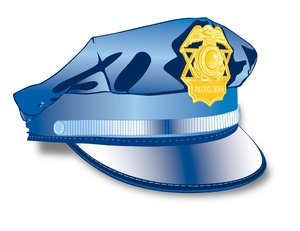 And that’s not just the opinion of our Los Angeles marijuana lawyers – that’s coming from a retired L.A. cop.

It might strike some as odd that any ranking officer would cop to such a stance, let alone one who is a lifelong Republican. What it illustrates is that these are not radicals and hippies. Legalization and regulation are common sense.

From Downing’s standpoint, it’s an issue of public safety. What it boils down to, he says, is that the war on drugs is ineffective. The way he puts it, drug lords and law enforcement have been at odds for the last four decades, each trying to top the other in terms of weaponry – at the expense of funding for education and other social services. And despite the violence, neither the demand nor the supply is down.

While Downing advocates for the legalization and regulation of all drugs, what we of course focus on is medicinal marijuana, which has been legal in California since 1996. But Downing’s message is particularly relevant here. For all the arguments made by politicians and prosecutors about how crime is perpetuated by the presence of dispensaries, the truth of the matter is that dispensaries keep crime in check. That’s not to say that the state couldn’t do a better job of regulation. But as it stands right now, there is no uniformity in that regulation.

The heart of any problems with California’s medical marijuana system is not rooted in the fact that marijuana is legal, but rather in the reality that there is no clear policy that is uniformly applicable throughout the entire state. Just about every municipality has been left to make their own interpretations. But for those, like Los Angeles, who have considered a ban or have already implemented a ban, the alternative is underground access – with all the seediness that carries. We’re with Downing: Keep it above board and you not only treat ailing patients, you greatly reduce the money flowing into the pockets of violent drug lords, who inevitably will step in to fill the gap.

Downing is part of an advocacy group called Law Enforcement Against Prohibition, which presses for drug reform that will aim to treat the whole cycle of addiction as a public health crisis, rather than a war to be fought with weaponry.

This is an officer who joined the force in 1960, saw the rise of the Bloods and Crips, was with then-President Nixon when he first declared this war on drugs and watched police departments become mini-militaries.