Critics of current federal drug laws point to the categorization of marijuana as a Schedule 1 narcotic, lumped in the same category as cocaine and heroin. Now that a District Judge in Sacramento, California has agreed to hear a case on this classification, scientists, activists, and politicians are paying close attention to the analysis in this case. Agreeing to hear arguments on whether the classification is legal is groundbreaking in federal marijuana law and her decision could impact courts throughout the West.

While the ruling is expected later this year, others have been weighing in on the scientific differences between marijuana and other Schedule I drugs. 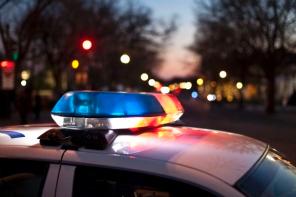 Regardless of the decision made in this case, the hearing is raising important questions and discussions on the actual impact and dangers of marijuana compared to other drugs. The legal review will give this issue a scientific and analytical review, rather than circumstantial or purely anecdotal evidence. For many, it is unconstitutional to lump all of the drugs together, as there have already been medicinal attributes associated with marijuana, and the dangers of heroin compared to marijuana seem obvious.

The L.A. Times is one media outlet that has continued to point out the federal position on marijuana is not only complicated, but it is also confusing and misleading. While 23 states have already legalized marijuana for medical use, it is still being listed as a Schedule I drug, making penalties among the most severe for drug crime offender.

Despite medical and scientific advances and interests in marijuana treatments and therapies, the drug remains listed under the most dangerous drug classifications. Even Congress and Obama have passed legislation to block funding to the Drug Enforcement Agency (DEA) from prosecuting federal drug crimes in states that allow marijuana for medical use. The law, which passed in December, effectively ended the prohibition of medical marijuana in half the states.

While marijuana, cocaine, and heroin all come from plants, that is probably the only thing that they have in common. Marijuana is the least powerful of the drugs and could be considered a sedative or mild hallucinogen. While marijuana can be addictive, it is definitely less addictive that heroin or cocaine and the drugs found in the resin of the marijuana plant are nontoxic. In the history of marijuana use, there are no deadly overdose cases ever recorded. On the other hand, heroin has led to tens of thousands of deaths and is highly addictive.

The court review and public demand to reclassify cannabis is not enough, according to critics. Despite the step forward by the California judge, it is still up to Washington to reclassify medical marijuana so that it can be processed and regulated similarly to other prescription medications. Our Orange County medical marijuana attorneys are abreast of the legal issues faced by card holders, distributors, and other individuals and entities in the marijuana business. We are dedicated to helping our clients ensure compliance and prevent state or federal criminal charges.
The Los Angeles CANNABIS LAW Group represents growers, dispensaries, collectives, patients and those facing marijuana charges. Call us at 949-375-4734.