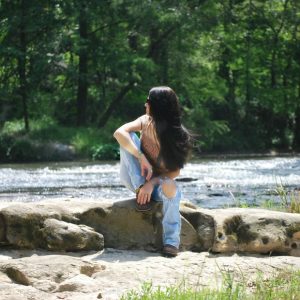 Marijuana is prescribed for a variety of physical illnesses and conditions, from cancer to arthritis. It contains more than 100 compounds, which are known as cannabinoids, that we know have some type of effect on the human biological system. In addition to physical troubles, marijuana has also been recommended by some doctors for help in easing certain mental conditions – namely, anxiety, depression and post-traumatic stress disorder (PTSD). Now, a new study, published in the journal Clinical Psychology Review, suggests additional evidence exists that marijuana can help people dealing with mental illness.

Researchers from both the U.S. and Canada conducted the review, and reported back that marijuana does have promising potential for those grappling with a myriad of mental illnesses. It could, however, not be a great treatment for those with bipolar disorder, as there was some suggestion that there are more negative side effects than positive ones. Study authors say we need to be considering it in the same way and by the same standards as many other drugs.

Although they concur more study is necessary, they say there is also some evidence that marijuana could play some role in helping people grappling with a major drug addiction to powerful painkillers or amphetamines. This potential “substitution effect” is something the researchers said they were “excited about.” If people can use marijuana as a means of replacing dangerous and incredibly addictive substances like opioids, the public health benefits could be dramatic.

The American Society of Addiction Medicine reports that of the 21.5 million Americans over the age of 12 struggling with substance abuse, 1.9 million were addicted to prescription pain relievers and approximately 590,000 were addicted to heroin. It’s believed that about a quarter of those who are heroin-addicted will ultimately develop an opioid addiction. Drug overdose is the No. 1 cause of accidental death in the U.S., killing more than 47,000 people in 2014. Opioid addiction in particular drives this, accounting for 19,0000 overdose deaths.

The researchers say that more evaluation is needed to further parse out the potential merits – and downsides – of the drug. They acknowledge that much of the research that is taking place is funded by medical cannabis producers, but they note this could change if marijuana-related research was better supported by the government.