The U.S. Department of Agriculture has at last issued the text of its long-awaited interim final rule pertaining to the regulation of domestic hemp. The rule is considered in immediate effect as soon as its published in the Federal Register. 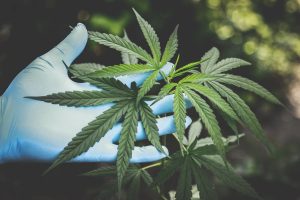 The rules were required as part of the plan to implement the 2018 Farm Bill, which legalized the production of commercial hemp as an agricultural commodity. The law also explicitly removed hemp from the list of federal controlled substances, marking it distinct from its cannabis cousin, marijuana. Both hemp and marijuana are derived from the cannabis plant, but hemp contains very little to no THC, the psychoactive ingredient that gets people high. Hemp can be used in a broad variety of products, from paper to lotion to clothing.

But as our Los Angeles hemp business attorneys can explain, these new rules don’t automatically make hemp production legal everywhere in the country. It is expressly legal in 46 states, but the farm bill did give states discretion to decide whether to continue to ban growth of the crop within their borders. As it stands, South Dakota, Idaho, Mississippi and New Hampshire have explicitly banned hemp farming and production.

The 2018 Farm Bill was widely praised for its action on hemp farming and production, but it still left many questions unanswered for farmers, stakeholders, retailers, regulators and law enforcement agencies. All have essentially been operating in a state of perpetual uncertainty while they awaited the federal agency to issue these new rules.

That doesn’t mean these new guidelines make everyone happy.

The highlights of the new hemp rules include:

The new rules further specify that no state will be allowed to restrict the transportation of hemp within its borders, even if they retain the legal right not to allow the crop to be grown.

One point of contention remains the stringent 0.3 percent threshold for THC concentration. This is the limit lawmakers imposed to stipulate whether the hemp was legal. Two seeds from the exact same plant can express certain traits different, especially if they are grown in different geographical regions. One could have a THC concentration under the limit and one could be over.

The new rules do attempt to address this. The USDA reports that if a farmer unintentionally produces a hemp crop that tests over the limit – despite efforts to maintain compliance with federal law – that won’t be considered a negligent violation. Farmers must make “reasonable efforts” to grow a plant that meets the regulatory requirement. However, that doesn’t mean farmers will get to keep it. Anything testing above 0.3 percent but below 0.5 percent THC will need to be disposed of, as it will be considered a controlled substance.

If a farmer is deemed to have committed three negligent violations over five years, he or she will not be allowed to produce the crop for five years. They won’t, however, be subject to law enforcement action.

There remains some confusion about the process of testing for cannabis. Some states test the top 8 inches, others test the top 6 and there haven’t been any clear answers about how to cull a statistically significant sample.

Plants also have to be tested within 15 days of “harvest,” but it’s not entirely clear whether that means the start of harvest or the end of harvest. And what happens if there is a testing backlog during harvest season – would a farmer still be allowed to harvest?

The new rules do indicate THC tests need to be conducted by a laboratory registered with the U.S. Drug Enforcement Administration, and more uniform sampling and testing procedures have been outlined.