Marijuana has been around since before recorded history, but as it was illegal for almost the last 80 years of U.S. history, we’re only just now seeing a rush on pot-related patents. Technically, as our Los Angeles marijuana attorneys can explain, the classification of cannabis within the U.S. Controlled Substances Act (CSA) has in turn meant it would be tough for anyone patent or trademark holder to defend their right to that protection in federal court. Not to mention: Is it even possible to patent a plant that’s been around forever? 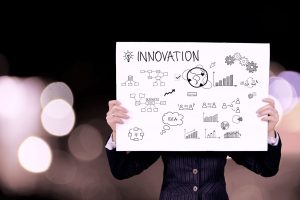 As an increasing number of states approve marijuana for legal sale and use (not to mention the fact that it’s now fully legal in Canada), companies are rushing to secure patents from the U.S. Patent and Trademark Office, which according to a recent Reuters report increased the number of patents issued containing the words “marijuana” or “cannabis” from 14 in 2016 to 29 in 2017 to 39 last year.

Of course, securing patents for possibly new uses of cannabis products isn’t an entirely new practice in the U.S., where the age-old botanical only first gained any measure of legality in California in 1996. But even before that, starting somewhere in the 1990s, some of the world’s largest pharmaceutical firms started quietly securing U.S. patents for medical applications of marijuana. Abbvie reportedly now has the most, with 59 patents and 95 U.S.-published medical applications of the drug. Merck is No. 2., with 35 patents and 55 U.S.-published medical applications. There are also several patents held by universities – and even the U.S. Department of Health and Human Services (which holds 11 patents and 39 published applications).

The big question will be: Will these patent rights hold any weight in a court challenge? Our Los Angeles marijuana patent attorneys know we’re about to find out – and the outcome could be a very big deal for a whole lot of marijuana businesses nationally. If those patents are affirmed, those handful of companies that hold the patents will be in a position to demand licensing from everyone else nationally.

The first case that is making its way through the courts was filed in July by a company in Colorado that is accusing another of infringing upon its patent that covers a liquid formula high-concentration of CBD oil, the non-psychoactive cannabis ingredient that is touted for its health benefits. L.A. marijuana lawyers understand one of the main issues in that case is whether the patent is “too broad or obvious in consideration of prior art,” which is how the courts currently weigh how novel an invention can be considered.

The fact that marijuana has a very long history of experimentation, these kinds of patents that claim a method or formula is entirely new are probably going to have a tough time fighting off legal challenges. But one of the things they have going in their favor is the fact that there is very little documented prior research on the drug because it’s been illegal. Further as having the highest-restriction of being a Schedule I narcotic, it was rarely written of or experimented with in scientific research.

Patents involving marijuana weren’t able to be tested before at all because they were unequivocally by every measure against the law. Even if a business thought it might have grounds to assert patent infringement by another company, most were reluctant to press the issue and draw attention toward any aspect of their operation that might be deemed illegal. That’s changing now that the majority of the public favor legalization, most states have some form of it and the demand for marijuana formulas and extracts has ballooned.

But the big question is going to be how original any of these formulas are; could one company capitalize on the entire CBD oil market?

The global cannabis industry is likely to expand to roughly $75 billion by 2030, which makes it one of the fastest-growing markets in the U.S., and Los Angeles marijuana business attorneys will be watching these cases closely.