The new reality television series “Weed Wars” on the Discovery Channel, which aired its first season finale recently, gives viewers an inside look at the legal operation of marijuana dispensaries in California.

The program has depicted the real life workings of a Bay-area marijuana dispensary and the problems that not only the company faces, but its growers and the patients who rely upon the business to get the marijuana they need to ease their pain. 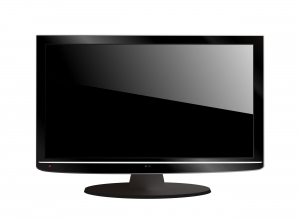 Our Los Angeles medical marijuana lawyers hope that this show will continue to make believers out of skeptics who believe this legal business is somehow bad for society. While prescription drug companies — who, essentially, provide the same type of service — routinely put out dangerous drugs with wild side effects, marijuana dispensaries are simply using grown plants to act as painkillers to people with chronic illnesses, including forms of cancer.

The Los Angeles Times reports that “Weed Wars” brings viewers inside access to the Oakland-based Harborside Health Center, a marijuana collective its owners says is the biggest in the country. The series shows how its owner tries to run a business that is legal in California, but illegal in the eyes of the federal government, which has sought to remove these businesses as part of a political agenda.

The Discovery Channel also premiered a show about illegal alcohol distillers in the backwoods of the Appalachian Mountains and both series have done well in key demographics, the newspaper reports. The topic of illegal activities has been popular with viewers, with more than a million watching each episode.

And “Weed Wars” isn’t the only marijuana-based television show hitting the air. Others are on the way. And while networks are quick to point out they’re not picking sides in the political battle, it shows that the American people are interested in these topics.

“Weed Wars” brings people inside the company’s laboratories, where testing of the substances that make up marijuana, including the difference between THC — which brings the drug’s psychoactive ingredient — and CBD — which provides the medical benefits.

The show’s creators hope that exposing people to the inner-workings of the medical marijuana industry will help them understand that it isn’t an underground, seedy business, but a legitimate enterprise under California law that is designed to help people suffering from various ailments. The dispensary owner fully recognizes, however, that by taping a show, they are exposing themselves to federal authorities, who tend to frown upon people they believe are flouting an illegal trade. Federal drug laws fly in the face of California laws that allow this business to thrive.

Ultimately, our Los Angeles medical marijuana lawyers hope that this show and others like it continue to educate the public — and the government — about what is really going on in California’s medical marijuana industry. They must realize that not every user, grower or distributor is doing so illegally and that the right answer to a perceived problem isn’t shutting down every marijuana business that is operating legally.

‘Weed Wars’ is nothing to blow smoke at, by Matt Diehl, Los Angeles Times