Many government officials are contemplating new sources of tax revenue as they learn about the cash that could be collected from San Francisco medical marijuana dispensaries.

Currently, every other major Bay Area city enlists a gross-receipt tax on their medical marijuana dispensaries. Every California medical cannabis company pays 9.5 percent in state sales taxes, and Los Angeles and San Jose require an additional tax in which local officials collect an extra 5 and 7 percent from these companies, according to San Francisco Weekly. 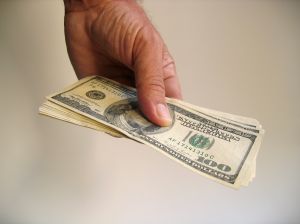 The tax has reportedly been paying off, as San Jose officials brought in $290,000 during the first month of taxing.

Our Los Angeles medical marijuana lawyers understand that officials throw around these companies like rag dolls and seek to obtain all they can if they’re going to allow these companies to continue operations. Often new laws, regulations and taxes virtually force these businesses to shut down, proving a win-win for government.

“On these types of issues, San Francisco tends to lead, and in this instance, we’re way behind,” says Phil Ting, San Francisco’s potential mayor, who says he’s not officially backing a tax at this time. “It’s a bit controversial, but we want to think out-of-the-box in these tough budget times.”

This marijuana tax would have to be approved by the voters, which would stir up a cluster of opposition among medical marijuana providers and patients.

“The response will be overwhelmingly negative,” says David Goldman, a patient advocate who sits on the city’s Medical Cannabis Task Force.

Marijuana companies currently run as nonprofits. An increase in the cost of business would only be passed on to customers.

A new legislation, sponsored by Sen. Ron Calderon, a Democrat from Montebello, originally favored to increase the taxes on medical cannabis. A study of how to tax these companies raises the eyebrows of many officials, according to San Francisco Weekly.

“The reason that’s important is because medical cannabis exists in a very complicated legal framework,” says Don Duncan, California director for Americans for Safe Access. “Most people see there’ll be some taxation scheme around medical cannabis in the state of California both at the local and state level; but how we can do that and still protect patients and protect providers and cultivators is still really unclear.”

Americans for Safe Access are backing the proposed law, SB 626, as they believe that any and all taxation that is applied to medical cannabis should be justified and necessary — not a source of income for state legislators in a bind.

“What we’re concerned about is that cities and the state are looking towards medical cannabis as a revenue source in tough economic times. And that’s not necessarily how we look at [it],” says Calderon.

Our state lawmakers continue the debate on taxing these companies, but cities such as Oakland and San Jose already tax their local industry. San Jose officials reportedly collected nearly $300,000 in collectives throughout the city. The city predicts that this tax could reel in as much as $3.5 million a year.

“The conversation that SB 626 will facilitate is going to be very important for finding a tax structure that works,” Duncan says. “At least until federal law changes.”

He continues to stress that he’s not fighting for legalization of marijuana, but instead fighting for the fair use and regulation of something that is already legal in our state.

Medical Marijuana in California Struck By Yet Another Villain, Marijuana Lawyer Blog, May 24, 2011