Most people know that 420 holds special meaning among stoners. What few seem to know, however, is just how April 20th became so revered among the reefer-loving throngs. 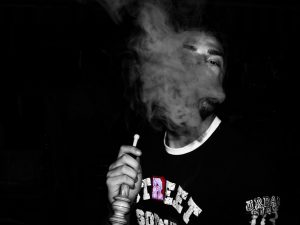 Different strands of the story have cropped up in recent years. Some will tell you it’s tea time in Holland. Others think it has something to do with the number of active chemicals in the drug. Others cite a tune by Bob Dylan. Maybe it’s the California criminal code to punish marijuana possession? (It’s not.) Some think it’s totally arbitrary.

According to CNN, the most credible theory begins with a secret code among a group of high school friends at San Rafael High School in Marin County, California. They called themselves, “the Waldos.” Almost every school day at 4:20 p.m., they would meet up and smoke out.

The teens opined it was the perfect time to get high: They were not in school, but their parents weren’t yet home from work. That gave them some time unsupervised to indulge. Their daily meeting spot was just behind a large statue of scientist Louis Pasteur. That’s why the teens originally called it “420-Louis,” but later dropped the latter half.

The time of their daily meeting became known as a code for to keep the dalliances a secret from unsuspecting teachers, coaches and parents.

It’s believed the code term may have caught on among Grateful Dead followers in California and later beyond. “The Waldos” were in close proximity to the Grateful Dead, and the father of one of the teams handled real estate for the band. One of the teen’s older brothers was a good friend of the bassist. The pair had a side band and smoked together numerous times. The Waldos hung around with a side band the bassist played in, and the term “420ing” got tossed around as they smoked together. Flyers would circulate at concerts, detailing the “Waldos” origin story of 420. Huffington Post and High Times both spoke to members of “The Waldos.” They were able to provide proof of their story, including early 1970s post marks with the reference, as as an old flag and numerous old letters that referenced the number.

Since then, the code word has crept into popular culture in a number of ways. For example, in the early 1990s, a writer for High Times magazine attended a Grateful Dead concert and stumbled on one of those 420 fliers detailing the Waldo group. He had never before heard the term, and wrote a story about it for the magazine. A few years later, the magazine would purchase the domain, “420.com.”

If you’ve ever watched the movie, “Pulp Fiction,” starring Samuel L. Jackson and John Travolta, you may have noticed that all the clocks in the entire Quentin Tarantino film were set to 4:20.

It later became the California Senate bill that ushered in the state’s medicinal marijuana program – SB420 – in 2003. How that happened is still unsettled. Supporters of the bill say while the designation is officially a mystery, though the theory is that it was the work of a staffer working for Assemblyman Mark Leno, who sponsored the bill.

On Craig’s List, those hoping to find a roommate who isn’t bothered by their penchant for pot will specifically seek out those who are “420 friendly.”

As for the Waldos, they have each attained their own level of success, and none has chosen to publicly come forward. They are, however, known in their inner circles. One was quoted by the Post as saying he was sure on his gravestone, it would read, “One of the 420 guys.”