There is no question that more of the American public supports medical marijuana and the legalization of cannabis for recreational use than at any other point in our nation’s history.  Currently, more than half of all U.S. states and the District of Columbia have legalized marijuana for either medical use, recreational use, or both. 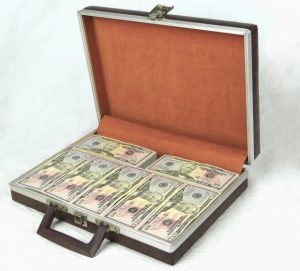 However, despite the growing wave of support behind the legalization movement, there are some who oppose medical cannabis or recreational use of cannabis.  Some of these opponents have formed their own political action groups to work to challenge state bills and direct voter action campaigns.  According to a recent news article from the Los Angeles Times, one of these groups may be facing trouble related to alleged campaign finance violations.This particular group was founded on a national level and, as part of their efforts, worked to oppose Proposition 64, which is the voter ballot initiative that successfully legalized the recreational use of marijuana under California state law.

The group ran into problems when the California Fair Political Practices Commission determined that the group was allegedly in violation of campaign finance laws.  Specifically, the agency found this group had not properly named an activist from Pennsylvania who had contributed nearly $1.4 million to oppose the legalization of marijuana in California.  As our Los Angeles cannabis industry lawyers can explain, in the interest of transparency, groups for or against the legalization of marijuana cannot hide the names of large donors such as this in most situations.

As a result of these alleged violations, the agency has proposed this marijuana legalization opposition group be fined $6,000 for campaign finance violations, and the group has allegedly agreed to pay those fines.  This particular group, which considers itself an anti-legislation group, was founded by a former member of the Obama administration who had the job of advising the administration on drug policy.   In addition to allegations that the group did not disclose the name of this large donor, there were also fines paid that were issued on allegations that the group did not list all donations by this donor in a timely fashion, as required by law, and did not properly account for all donations.

The agency is also looking into anther so-called anti-legislation group that was fighting the legalization of marijuana for recreational use in California.  Obviously, we know that despite their well-funded efforts, legalization of marijuana for recreational use in California did pass at the polls through Proposition 64.  As for this other group under investigation, it was discovered that the group that has already accepted its fines was the parent organization for this new group.  In this case, there are allegations that the subsidiary organization did not report the names of special interest donors that contributed over $50,000 to the group.  In any campaign advertising, it is necessary to make such disclosures.

However, it is important to note that unlike its parent organization, subsidiary has not accepted any liability for these alleged violations and has not agreed to pay any fines as of this time this article was published.