A California Assembly measure that would effectively regulate and tax the state’s $2 billion medical marijuana industry is headed to a floor vote this month. 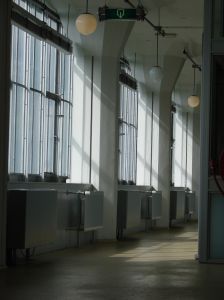 A recently-released legislative analysis of AB 1894, re-introduced by Assembly Member Tom Ammiano, indicates that if lawmakers were to establish a California Division of Medical Marijuana Regulation and Enforcement, it would cost roughly $15 million annually. It would be under the umbrella of the Department of Alcoholic Beverage Control, and that cost would represent about a quarter of the agency’s existing budget.

Our Los Angeles marijuana lawyers understand that this would mean significant fees for applications and fines. Whether this proves workable remains to be seen. As an example, bill analysts indicated that in order to cover an agency requiring $15 million to operate, it would require $10,000 per application if there were 1,500 applications each year.

We know that the medical marijuana industry can be lucrative, but how likely is it that 1,500 operations will be able to pay that much every year? The local tax revenue increase, according to the analysis, would be somewhere around $13 million annually, which is modest in the grand scheme.

At this point, the loudest opposition to the measure is law enforcement. In particular, the state’s Narcotic Officers’ Association has voiced vehement protest against the measure. This is somewhat puzzling, considering that it calls for enhanced oversight and enforcement of medical marijuana operations. Some have posited that the opposition is less a stance against the ideals of the program, and more an issue of turf.

Equally interesting is the argument couched by the organization Specifically, officers question why an agency that regulate the marketing and sale of a recreational substance “i.e., alcohol” is also given purview to oversee an “alleged medical” substance. Suddenly, law enforcement is taking the stance that it’s medical? Apparently, only when it suits them to do so. It hasn’t stopped them from mounting a continuous assault on existing medical marijuana facilities, which pose far fewer problems than the bars that freely serve copious amounts of alcohol.

Meanwhile, there is a similar bill brewing in the state Senate. SB 1262, proposed by Sen. Lou Correa, also aims to regulate the cultivation and distribution of medical marijuana. The measure would mandate background check for license applicants; require sufficient security measures be installed at cultivation and dispensing sites to deter unauthorized access; prohibit advertising of physician recommendations for the drug; and set fines for violations at $35,000.

Where the existing law provides oversight for the regulation of doctors and surgeons by the state Medical Board, SB 1262 would impose additional regulations upon those who grow and distribute the drug.

That measure is expected to be weighed soon by the Senate Appropriations committee.

If either of these bills is to be successful, it must pass its house of origin by the end of this month.