Almost 1 in 5 California marijuana products have failed tests for purity and potency by the state’s Bureau of Cannabis Control since the agency began mandating checks at the beginning of July. The Associated Press reported that some cannabis farmers and distributors are blaming the failure rate not on product quality but rather on standards that are unrealistic and aren’t aimed to protect the public. Technical glitches haven’t helped. 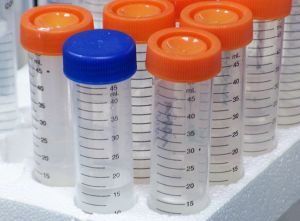 Cannabis-infused cookies, tinctures and candies have been especially hit hard, with approximately one-third of its product removed from store shelves.

Other problems revealed (albeit on a smaller scale) by state-licensed testing firms are finding too-high levels of solvents, pesticides and bacteria, including salmonella and E. coli.

Within just eight weeks of testing, some 2,000 samples failed out of more than 11,000 Our L.A. marijuana product attorneys understand that in some of those instances, the product had to be destroyed, but a lot of the problems arose from issues with labeling, which are able to be fixed. Just for example, if a label on a container indicates a product has a potency level different than what’s on the label, the product can simply be relabeled and then move to market.

The state has argued that the stringent testing is accomplishing its intended purpose – identifying marijuana products like munchies, concentrates and buds that will be in some way not safe for smoking or eating.

These mandated state testing is new, and a spokesman for the bureau said some bumps along the way were anticipated and it would take time to go smoothly. Companies were given until the start of July to sell off all their stock that didn’t meet the state’s new testing standards.

However, as our marijuana business attorneys in Los Angeles are aware, a number of companies believe the testing standards simply go too far and present a burden that is unnecessarily costly.
Some industry advocates which have been sharply critical of government regulations that force both cannabis farmers and producers to hit the nail on the small, arbitrary head with TCH levels, (the chemical in marijuana that causes one to experience a high). State standards require the concentration of this chemical to be within 10 percent of the amount on the label. But marijuana company executives say their products failed the tests even when they were the tiniest bit outside of range.

Some marijuana firms have taken to applying pressure on lawmakers, urging formation of a process by which companies could appeal lab results. That’s because even when the laboratory concedes a mistake, they still have no way to officially reverse the rating, which would allow growers and manufacturers to preserve the product – and not lose the investment they’ve made. No laboratory is going to be 100 percent perfect. Our cannabis lawyers believe that if mistakes are made, it’s only fair there is an avenue for recourse.

In September, a marijuana testing company lobbied with state regulators to expand their rules to allow a test the officials say can reveal a wide range of harmful elements like yeast and mold that aren’t currently on the list of harmful substances for which firms test.

The firm noted instances were mold was discovered on marijuana samples that passed state testing standards. They argue the state needs a bigger net to catch more things. The state Department of Health has said there are no verified reports of marijuana consumption that can be traced back to contaminants like mold or bacteria, though there were three anonymous complaints.

The company has seen examples where mold was on cannabis but the sample passed state tests.

Mislabeling failures accounted for approximately 65 percent of all product failures. Even distribution of THC in products in top priorities.

Most of the buds that were tested – 90 percent – made it to market. However, the rejection rate for concentrates like waxes and oils was almost double.
Many companies say it isn’t necessarily the quality testing about which they take issue, but rather the costs, which they say is severely straining their coffers as tests are not only expensive but inconsistent and slow-moving. Even a small outdoor marijuana farm in marijuana can expect to shell out as much as $10,000.
Marijuana attorneys with the Cannabis Law Group can help ensure your rights – and investment and time – are protected in the course of the state’s new quality testing process.
The Los Angeles CANNABIS LAW Group represents growers, dispensaries, collectives, patients and those facing marijuana charges. Call us at 949-375-4734.
Additional Resources:
Big safety testing failure rate for California pot products, Sept. 11, 2018, Associated Press
More Blog Entries:
New L.A. Bud Businesses Can’t Ignore Legal Snares, Sept. 28, 2018
Contact Us
Connect