When any consumer of marijuana – medicinal or recreational – seeks to purchase products, they typically will find them under names like, “Super Lemon Haze” or “God’s Green Crack.” But increasingly, marketers are seeing these kinds of “stoner slang” terms out-of-step with many consumers – or potential consumers. Instead, those looking to wade into the marijuana business are hoping to capitalize on marketing marijuana with a softer edge. They want to make the names supermarket-friendly, appealing to a broader range of consumers looking not just to get high but to relax and live better. 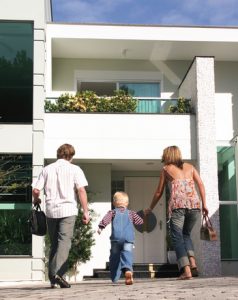 The idea is that marijuana isn’t just about the high. It’s about relieving the stress. It’s about being amorous. It’s about easing you into slumber. To put it another way, new marijuana industry marketers are looking to craft a new image of marijuana that can compete with other products that are already popular in pharmacies, markets and liquor stores.

Some have said that their competition isn’t necessarily other marijuana producers, but those who make your morning coffee, the manufacturers of the pill that helps you sleep at night or those who brew the tea you sip on a crisp evening.

Sales of legal marijuana are expected to grow to between $18 billion and $20 billion in the next four years, and companies are striving to extend legitimacy to their products by expanding the overall appeal of their products. The first step involves reducing the potency of the drug and then working to move the brand image of marijuana away from its black market roots. Promoting the mood enhancing elements of the drug is a big part of it. That’s why we’ve started to see marijuana-infused products with monikers like, “Midnight” (to help you sleep), “Pause” (to help you relax) and “Present” (to help you focus).

Do the products actually deliver on these ideals? As with so many other types of products on the market, it’s almost beside the point. A growing number of entrepreneurs are catching on too. And for many of them, less is going to be more. People aren’t looking to be totally removed from the present. That’s why micro-dosing is fast gaining in popularity. It’s enough to elicit a certain feeling without making someone completely dysfunctional. New vape pens on the market alert a user when they have consumed just 2.25 milligrams of cannabis oil, compared to most edible products, which typically have 5-milligram doses.

These kinds of brand positioning efforts aren’t novel. Our marijuana lawyers know that owing to its long-time illegal status (and still being illegal under federal law), the drug was often lumped together with the likes of Everclear, the potent form of grain alcohol that flowed freely in frat party punch bowls. But now, people are increasingly considering themselves cannabis connoisseurs, with the drug more akin to a fine wine.

As one marijuana business owner put it, people with kids and jobs and other responsibilities don’t have six hours to “have a date with an edible.” They want to know they can put the kids to bed, have a nice chocolate and relax without completely losing control. There are a growing number of businesses striving to offer them just that.

This Ex-Banker Wants to Swap Your Chamomile for Cannabis, Jan. 26, 2017, By Jennifer Kaplan, Bloomberg