Berkeley City Council has passed an ordinance that will require medical marijuana dispensaries to distribute 2 percent of their stash to those making less than $32,000 per year or $46,000 per family.

Those residents with a prescription who meet the annual income minimums will be eligible for what has been dubbed “welfare weed.” According to the New York Times, the ordinance was approved unanimously with the hope of making medical marijuana affordable and available for all residents. The ‘charity cannabis’ mandate has significant support throughout the city and region, though it has also been mocked in the city known for its liberal leanings. 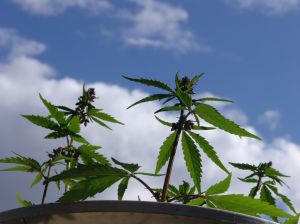 While many say the ordinance will help residents get access to the drug they may need for pain relief and other medical symptoms, other critics say that more access to weed is not going to help them get out of economically difficult situation. Our Orange County medical marijuana attorneys are abreast of the legal changes in marijuana law in Southern California and nationwide. In addition to keeping up with trends in sales and regulatory matters, we also represent individual marijuana users, dispensary owners, and others involved with the industry. We can help ensure compliance and protect our clients against liability.

Getting access to a medical marijuana card is not difficult and can be obtained to treat insomnia or low appetite. For individuals who do have the card, paying for the drug can be difficult because it is still not covered under insurance policies. Though the drug is easy to come across in San Francisco and Berkeley, it is not necessarily affordable, especially when it comes to designer strains. Supporters of the new welfare weed ordinance have called it “compassionate” care, giving medical cannabis to those in need.

The compassionate care system requires that those who qualify show proof that they earn less than $32,000 per year. They are also required to have a legal medical marijuana card and be residents of Berkeley. According to reports, there is at least on dispensary that already participated in a compassionate care program on its own. Some worry that the program could result in resale on the street. Currently there are 100 people who receive free marijuana from that dispensary. Now the new ordinance will require that the dispensary give away twice the amount. This is raising concerns that the dispensaries will be forced to give away more than is necessary, creating an incentive for resale.

Under the new ordinance, there are still concerns about ensuring safety and quality of the products distributed. Cannabis in California is not tested or standardized and the quality can vary widely between dispensaries. The cannabis in the compassionate care program must be of the same quality that customers pay for.