When Proposition 215 was first passed in 1996, it called for a statewide system that would regulate medical marijuana. 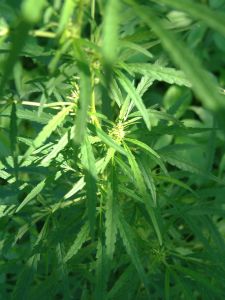 However, that never came to fruition, and our Los Angeles marijuana lawyers know that this is likely a big part of the reason why we have accrued many of the problems we now face.

Counties and municipalities had no clear guidance from the state on how the drug should be regulated, but then again, the state had no real guidance either. It seemed easier to simply leave it up to local officials. Some local entities ended up hammering out some great symbiotic solutions that really worked. Others struggled with it in the form of extremes in both directions – out-of-control proliferation or outright bans.

That has left us with this patchwork of regulation that is not only confusing, but has left the state and its dispensaries vulnerable to federal intervention in the form of criminal raids and mass forfeiture actions.

Enter state Representative Tom Ammiano and AB 473. As we previously reported in our Los Angeles Marijuana Lawyer Blog, the goal is to enact a clearer, more concise method of medical marijuana regulation that would be overseen by a singular state facility.

In doing this, many have pointed out that Ammiano is taking a page from the playbook of Colorado. Although Colorado was California’s successor in the movement to legalize medicinal marijuana, it had a good idea from seeing us of what did not work. So legislators there made sure that its own state-run oversight agency – the Colorado Medical Marijuana Enforcement Division – would represent strong centralized governance.

That is the kind of model that Ammiano has said he hopes to recreate by having the state’s Alcohol Beverage Control agency oversee medical marijuana cultivation, prescriptions, distribution and testing under a division yet to be formed.

Still, there are a few things that Ammiano and others might consider to help improve upon the Colorado model. According to the San Francisco Examiner, the Colorado oversight agency has been running in the red for the last two years and an audit revealed it had actually under-reported state tax revenue from marijuana sales by more than $750,000.

Marijuana regulators in Colorado say legislators failed to provide adequate resources to the agency, particularly for the enforcement arm in light of a recently-enacted moratorium on new dispensaries.

Even in the face of these problems, Ammiano said Colorado’s system remains a great model, but reminds us of why we have to be extremely careful in how we implement it.
A similar bill introduced last year that would have created a California medical marijuana enforcement agency died without making it into law.

However, many local leaders – even those who pushed for bans in their district – have expressed support for statewide standards that would provide uniformity and clarity.

AB 473 was first introduced in February and was amended March 19 in committee. It would offer guidance on the administrative structure of the agency and the licensing of everything from cultivation to transportation. It’s a measure we will continue to watch closely.