A group of Los Angeles medical marijuana advocates are pushing hard to have hemp legalized for virtually all purposes by next year. 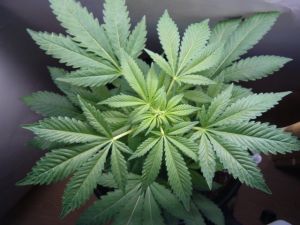 Our Los Angeles marijuana lawyers understand that California Cannabis Hemp Initiative 2014 is still in its infancy. However, the hope is that it will garner enough support to get on the ballot by November of next year. If successful, the measure would mirror the end of alcohol prohibition, except with marijuana.

The measure proposes making marijuana legal for a wide range of purposes, including medicinal, recreational (for those over the age of 21) and industrial with regards to the proliferation of the hemp industry.

While it would have the effect of making the drug legal for pretty much anything, organizers say the main goal is to open the doors for it to be used in medicine, food, fuels, paints, textiles and paper, building materials and plastics.

The author of the measure, Jack Herer, was a pro-marijuana activist who passed away in 2010. Other activists are following through with his dream.

With posited that with 10,000 varieties of the plant that could be used to produce some 50,000 products, the potential profit margin in California alone was well into the trillions over the course of just a handful of years.

The initiative is not only an effort to keep the federal government at bay and support individual choice and freedom – it’s an answer to our economic crisis, using a natural resource that can be safely grown, processed and manufactured.

Advocates hold that hemp is more efficient than corn as a bio-fuel and plastics component, it creates non-toxic, bio-degradable materials such as varnishes and paints and insulation, it’s a super-food with high amino acids and omega 6 and 3. A resilient plant, it can grow wild in all 50 states and actually can improve soil in areas where it does grow.

It made sense for numerous manufacturers back in the 1930s to jump on the anti-marijuana bandwagon, given all its wide variety of incredibly useful properties.

Still, even if this measure makes it to the 2014 ballot, the effort may stall out for a number of reasons.

For one thing, 2014 is a midterm election year. Historically, these elections have lower turn-out than presidential elections. What’s more, those who do show up tend to skew older. We certainly don’t wish to paint anyone with a broad brush, but older aging voters tend to vote more favorably toward marijuana prohibition, while younger voters tend to be more liberal on the issue.

That’s why even some of the advocates are proposing the measure be shelved until at least then, lest all this effort be in vain.

Also, the group is still trying to gain steam. A similar effort to get enough signatures to put the measure on the ballot last year came up short.

However, vigor among activists and supporters has been renewed amid the legalization of marijuana for recreational purposes in both Washington and Colorado.

And still, the question of how the federal government will respond to this action remains to be seen. The U.S. Justice Department’s approach will be valuable for us to gauge the risk moving forward.