A parent’s use of medical marijuana does not put a child at risk and is not considered child abuse, according to recent ruling by the California Court of Appeals. 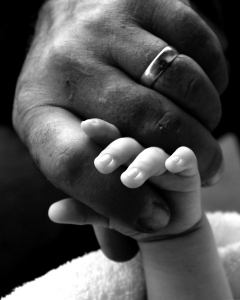 Los Angeles marijuana lawyers understand the court overturned a lower court’s ruling against the Irvine father, who had been mandated to endure court-ordered parental supervision by the L.A. County Department of Children and Family Services – solely for his use of prescribed marijuana.

Being supervised by the agency requires that a parent must undergo parenting classes, random drug testing and drug counseling.

This case is important in that it makes the milestone distinction for courts regarding the difference between marijuana use and abuse. It’s a key ruling that sets a precedence for future cases involving parents who are also patients.

According to news reports, the father was first put under the agency’s supervision late last year, after he was required to testify at a hearing. The hearing was spawned by an anonymous tip that had come into the agency, alleging that both the father and mother were marijuana users.

The father answered truthfully that he used marijuana several times a week for his arthritis and knee pain. However, he added that he did not use in front of his son. Instead, he consumed the drug, which he locked in a tool box, in the garage. During this time, the baby’s mother or grandmother would care for him.

The primary issue, as presented by the protection agency, was that the father sometimes picked up his child from daycare in a vehicle that he drove several hours after consuming the drug. The lower court sided with DCFS, saying that such action put the child at risk.

This was despite the fact that when a social worker arrived for a welfare check, the infant was found to be in good health, properly reaching developmental milestones, was clean and had no marks or bruises.

Still, the lower court’s ruling required the father to submit to random drug tests – which he of course failed after testing positive for marijuana. (He was clean for everything else.)

The father could have risked losing custody of his child had the lower court’s ruling been allowed to stand. Thankfully, the appellate court overruled this decision, saying that even if the court found the father regularly under the influence of the drug while caring for his child, that did not in itself constitute proof that the baby was suffering from harm or neglect.

In fact, the court found that the agency had provided no evidence whatsoever that the child was at risk. In particular, there were no witnesses testifying to support the allegation that the father picking up his child hours after consuming the drug was putting the child in harm’s way.

The appellate court also said that both DCFS and the lower court made a crucial error in failing to differentiate between substance use and substance abuse.

The fact that the appellate court was willing to do so indicates marijuana use is increasingly being viewed in the same light as use of less controversial prescription medications or even alcohol.