With two conflicting marijuana dispensary ballot initiatives preparing to square off in the Los Angeles election in May, the majority of voters in the city have indicated that they support the industry as a whole. 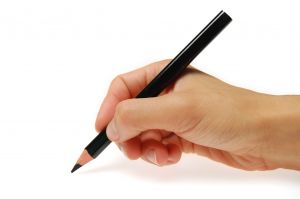 That’s according to a study conducted by the Loyola Marymont University, which surveyed voters as they exited the polls during last month’s election. The data showed that 56 percent of those questioned would support the cultivation, prescription and distribution of medical marijuana in California. Twenty-six percent said they would not, and another 18 percent said they weren’t sure.

Los Angeles marijuana lawyers know that this majority support will be critical in determining the fate of the city’s estimated 1,000 medical marijuana dispensaries. Although the city had previously enacted a ban, that measure was quickly shot down by advocates who gathered more than enough signatures necessary to challenge it in March. In response, the city withdrew the ban. In its absence, industry advocates are taking two very different approaches to fill the void.

One of those, the more restrictive measure, is championed by the United Food and Commercial Workers Local 770, which represents about half of the 100 or so dispensaries that would be protected under the proposal. They needed roughly 42,000 signatures to qualify the measure, and have turned in 72,000 – with a week to spare.

Essentially, this action would grant limited immunity from prosecution to those dispensaries that were in operation prior to September 2007, which was when the city first attempted to enact a moratorium on dispensaries. That would only be about a tenth of the dispensaries currently open.

Additionally, it would require remaining shops to undergo and pass annual law enforcement background checks. They would not be allowed to operate in lots that are zoned residential and they would have to have continuously remained open without closure for longer than three months – unless there had been a relocation or federal prosecution.

Dispensaries under this measure would have little less than a year to relocate to places that put them out of certain ranges of schools, parks, churches and other areas. Those collectives with five or fewer people could cultivate and share the drug.

There had been some discussion of a similar measure being proposed by a council member, and that may still happen in January. However, the council member proposal is even more restrictive than the one put forth by advocates of the original dispensaries.

The second ballot initiative has not yet submitted enough qualified signatures to get on the ballot, but it has until Dec. 28. That measure is far more permissive. It would allow the city to raise taxes on dispensaries and mandate that they operate in places a certain distance from schools.

It’s also possible that council could again take the issue out of voters’ hands by adopting one of the proposed measures prior to the election. It would have 20 days from the submission to do so.

Alternatively, they could call a special election or add their own proposal to the general election ballot.