President Barack Obama, in a recent interview with Barbara Walters of ABC News, said that he would not make targeting users of legalized marijuana in Washington and Colorado a priority in his administration. 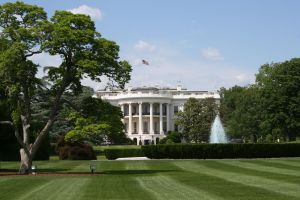 However, our Los Angeles marijuana lawyers know that it’s what he didn’t say that could prove to be more of a concern. That is, he did not indicate that his administration intended not to go after those who cultivate and distribute the drug. As such, his comments provide little clarity on the matter.

As many in California are aware, the federal government has been tenacious in its crackdown of medical marijuana dispensaries and growers here, despite the fact that it is perfectly legal in this state. The government has employed every tactic imaginable, from pressuring landlords with liens and forfeiture actions to SWAT team raids with assault rifles, under the premise that the drug is illegal under federal law.

As you may recall, prior to his first election, Obama had said his administration would not target medical marijuana facilities in states where it was legal – a promise to which he has clearly not adhered. So far, hundreds of marijuana dispensaries across the state have been shuttered due to actions by his administration.

So his latest statements don’t hold a great deal of weight. Users of medical marijuana aren’t typically targeted for criminal sanctions by authorities here in California either, but that doesn’t mean federal law enforcement officials have had any less of an impact on users’ access.

Further, it’s worth noting that U.S. Attorney John Walsh said that the Department of Justice is carefully reviewing the newly-passed laws in both Washington and Colorado. In a written statement, he added that the DOJ’s commitment to enforcing the Controlled Substances Act has not changed. This is the federal statute that classifies marijuana as a Schedule I narcotic, meaning it is considered a highly addictive drug that has no recognized medicinal uses. Other drugs in this category include heroin, psychedelic mushrooms and ecstasy.

Walsh underscored his position by saying that no matter what laws are enacted by the states, growing, distributing or even possessing marijuana in any amount is strictly barred under federal law.

In California, there are more than 1,000 medical marijuana dispensaries still in operation.. These facilities employ thousands of people and allow the state to rake in more than $100 million annually. Not to mention, they allow hundreds of thousands of individuals safe, affordable access to a drug that treats a wide variety of serious ailments.

And public opinion is supportive of the patients and dispensaries. A Gallup poll conducted following the November election found that nearly 65 percent of Americans want the federal government not to enforce anti-marijuana laws in states where it is legal.

Despite the obvious benefits, federal officials have been relentless. Just from January through November, authorities have seized nearly 4 million marijuana plants in California.

Obama’s latest statements on priorities have marijuana advocates urging for a federal policy that will protect users and distributors of medicinal marijuana. It’s a goal that we as Los Angeles marijuana lawyers remain committed.