Times have been tough for California cannabis growers, particularly in the northern region of the state. A recent report from The Cannabis Business Times reveals that since the regulated recreational marijuana market opened at the start of 2018, the amount of lawful, quality sinsemilla (flowers absent the seeds) has plummeted. In some regions, it’s almost completely dry. 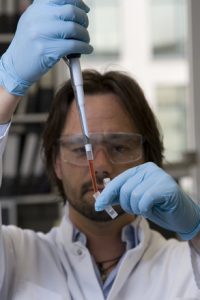 It begs the question: How is it possible that the No. 1 marijuana producer in the world suddenly be out of cannabis flowers?

As our Orange County marijuana business lawyers can explain, there are a number of natural and policy forces at play – namely the way the cannabis is grown, the damage caused by rampant wildfires and the introduction of stringent rules and regulations – including quality and purity testing protocols.

It is imperative for cannabis cultivators – long-standing and newly-minted – to invest in assistance from an experienced marijuana lawyer. The Cannabis Law Group, Medical and Adult Use Marijuana Lawyers, recognize that the maze of bureaucratic requirements can seem onerous and impossible. A knowledgeable legal team on your side can help break it all down – your duties step-by-step – and ensure your operations doesn’t get dinged with hefty fines or paralyzing crop losses due to failure to meet state guidelines.

Following a six-month grace period, all marijuana flowers harvested for public consumption must meet the new rules and regulations, including stringent testing of plants, beginning July 1st. During the grace period, the state allowed dispensaries to sell marijuana products that had not been tested, so long as it bore a labeling indicating this.

Now, not only must these products be tested, but the California Environmental Protection Agency has increased the number of pesticides for which growers must test. This list offers information on pesticides that cannot be used in any type of food product (which would include ingredients for marijuana edibles): Aldicarb • DDVP (Dichlorvos) • Paclobutrazol• Carbofuran • Etofenprox •Propoxur• Chlordane • Fenoxycarb • Spiroxamine• Chlorfenapyr • Imazalil • Thiacloprid• Coumaphos • Methyl parathion• Daminozide • Mevinphos

Cannabis farmers need to maintain a watchful eye on their product, and also be certain their distributors are licensed and conducting proper testing. It is ultimately the distributors who are going to be responsible for this testing.

Unfortunately, there aren’t as many licensed California cannabis farmers as initially anticipated. Part of that has to do with last year’s wildfires. Much of the state’s flower supply is produced outdoors, but those crops were affected by the heavy smoke and soot that covered the area.

Many experienced cannabis farmers having a difficult time incorporating this new regulatory bureaucratic scheme into long-standing, well-oiled systems and operations. The costs have become a major burden too, compounded by the fact that prices for sinsemilla is lower than it’s ever been. Some of the cannabis crops fail testing for problems with bacteria or pathogenic fungi, but usually, they’re not passing muster due to the presence of agricultural chemicals. Meanwhile, certain mite species and other pests can destroy a whole season of crops without the use of certain pesticides, so it becomes a wash either way.

The CEPA also offers a list of accepted chemicals, but even then, sets maximum residue limits, or MRLs. These limits were first established for fruit and vegetable products, and have essentially been adopted de facto for other types of agricultural products, like cannabis. The MRLs for smoked cannabis are much lower.

The agency has set a zero tolerance policy in effect for certain chemicals, despite the fact that, as our marijuana farmer attorneys have found, such policies in practice are largely unrealistic, especially when different labs use different standards.

California’s Bureau of Marijuana Control is the agency that sets forth guidelines for marijuana lab testing.

On the one hand, we can’t have an indiscriminate amount of pesticides if we care about consumer health. However, there is significant concern that these regulations are overprotective.

If you are a California cannabis farmer struggling to navigate the new regulatory compliance standards, our legal team at the Cannabis Law Group can help.

Where Have All the Flowers Gone? Oct. 2, 2018, By Mojave Richmond, Cannabis Business Times