There is a huge push to legalize cannabis across the country, where 30 states plus Washington, D.C. have some form of lawful marijuana, nine allowing for recreational use. However, some politicians and advocacy groups still staunchly opposed fear they will suffer “de facto” legalization of marijuana in their states if all or most surrounding states have passed laws allowing it. 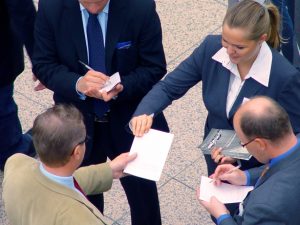 Of course, with the majority of states now allowing marijuana (California being the first with medical marijuana legalization in 1996), this is not an invalid concern – nor a new one. It’s true there is conflict when bordering states have different marijuana laws. Issues arise when people travel – for work or school or leisure – and what is perfectly legal in one state is criminalized in the next.

The biggest problem is that marijuana is forbidden under federal law, still considered a Schedule I narcotic, highly addictive and with no legitimate medicinal purpose. Of course, that’s laughable in reality, but U.S. drug policy hasn’t historically been closely aligned with medicine or science or smart public policy. And yet, it has lower schedule classifications for opioids and amphetamines, which are unequivocally more addictive and dangerous.

Meanwhile, states that outlaw the drug completely or have extremely strict medicinal marijuana laws worry they’ll soon have no other choice but to follow suit. For marijuana advocates though, the question is, “Why wouldn’t you want laws that make the most sense for the people you serve?”

The legal marijuana market thrives in places like California, Colorado and Nevada, while the U.S. government continues to classify it alongside substances like heroin and LSD. Although the Obama administration eased enforcement of federal marijuana laws with the Cole Memo, deferring marijuana criminal offenses to state and local prosecutors, Trump reversed this earlier this year. That means once again, any state-level effort to further the legalization of marijuana for recreation or medicine is going to face even more obstacles.

Nonetheless, legalization efforts are pressing ahead. New Jersey, for instance, is largely expected to make marijuana legal for adult use by close of 2018. Lawmakers in New York, Connecticut and Pennsylvania have initiated efforts to adopt recreational use laws. Even those in uber-conservative states like Kentucky are starting to shift their views. One House of Representatives officials said his position shifted earlier this year after meeting with a number of constituents, particularly in hearing the benefits of medical cannabis in communities grappling with the opioid crisis. He went on to sponsor a medical marijuana bill that later failed, but believes a new measure could still pass this year or possibly next. He still maintains he doesn’t want to see his state become “the Wild West,” but reasonable allowances should be made.

National support for medical marijuana is now at 90 percent. Backing of recreational laws is less strong, with some saying there should be a bright line between recreational and medicinal, and that states should not bow to pressure from large companies seeking to capitalize on this new market. They say it’s not about helping patients with cancer or epilepsy, but about ushering in de facto legalization of recreational use.

Even those who back legalization efforts don’t flat-out disagree, but say the “Reefer Madness” days are long gone, along with the stigma. L.A. marijuana lawyers would note that as this has become more accepted, as people see these above-board local businesses in their neighborhoods and reap the tax revenue, employment and economic benefits, they become less skeptical and fearful.

California served as the blueprint for medical marijuana, as well as for moving from that system to one allowing recreational marijuana, which became legal in January. California cannabis as an industry is expected to reach some $5 billion this year, and up to $25 billion by 2026. This isn’t something that’s gone unnoticed by industries of all kinds.

The truth of the matter is, far too many people are invested in legalization for us to go back now.