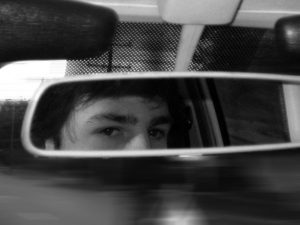 If you’re going to purchase, use or possess legal marijuana in Los Angeles, it’s a good idea to get educated on the provisions of state law that specifically pertain to marijuana DUI and possession of marijuana in a vehicle. And if you run afoul of the law for any reason, your first phone call should be to a long-time Southern California criminal defense attorney committed to bolstering the rights of marijuana users, retailers and growers.

California Vehicle Code 23222(b) VC Driving in Possession of Marijuana

California law now allows individuals to possess up to 1 ounce of marijuana or 8 grams of concentrated cannabis (also known as hashish) so long as they are over the age of 21. However, as our Los Angeles marijuana DUI defense attorneys can explain, there are some stringent rules for both possession of marijuana in a vehicle and driving under the influence of marijuana.

is the provision of state law that makes it illegal drive OR ride with marijuana that is either not in a container or in a container wherein the seal is broken. Violation of this provision can be penalized by a maximum fine of up to $100. For the most part, however, most police agencies as well as deputies with the California Highway Patrol don’t enforce this much, assuming the driver is in compliance with either the state’s recreational marijuana law or medical marijuana law.

As our L.A. marijuana defense attorneys have had to explain, however, if you possess more than the minimum amount of legal marijuana. The most you can possess is 28.5 grams of marijuana OR 4 grams of concentrated cannabis. Anything i excess of that, and police will not consider you to be in possession of the drug, “as authorized by law.”

Penalty for driving in possession of more than a legal amount of marijuana under state vehicle code is a fine. However, you could also be charged with a misdemeanor, under provisions of HS 11357, which could mean fine of up to $500 and up to six months in jail.

You could also face misdemeanor penalties for driving in excess of the maximum amount in a school or on school grounds – $250 for a first-time offense and $500 plus up to 10 days in jail for a second offense.

Driving in Possession of Marijuana While Under 21

California law prohibits possession of any marijuana for persons under the age 21, and if you’re driving while doing so, you could face additional punishment. The only exception is if the reason you have the drug is you are using it for medicinal purposes and have a prescription.

Marijuana DUI is one of the more complicated situations because – how does a police officer determine when you’ve consumed more marijuana than you should? There is no per se limit, like with alcohol. Blood tests will only tell you whether you have consumed the drug, but don’t give an accurate reading of your intoxication level. That means police have to try to read you – your eye contact, your speech, your body language – to determine whether you are impaired. It’s awfully subjective – which means these cases are often highly defensible.

The Control, Regulate and Tax Adult Use of Marijuana Act, Commission on Peace Officer Standards and Training