There are many reasons California cannabis industry entrepreneurs these days might feel their situation a bit bleak. The ever-present threat of black market sales are encroaching on their profits. Excessive regulations and taxation have left many companies stretched incredibly thin. A patchwork of confusing local laws have proven difficult to navigate. Some large cannabis companies have been enacting mass layoffs to help cope with the fact that revenue has fallen far short of initial projections. All the while, the drug remains an illegal Schedule I narcotic at the federal level. 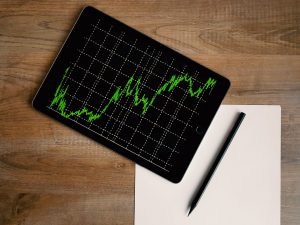 And yet, there is a fair bit of good news on the horizon for new pot shop owners.

The marijuana legalization movement continues to gain significant ground both in the U.S. and abroad. Investors, manufacturers and researchers are paying close attention, with more than a few continuing to take on the potential risks. The legal marijuana industry was estimated to be worth some $10.4 billion last year, employing more than 250,000 workers nationally. There are now 33 states that have moved to legalize the plant for medicinal purposes and 10 states – including California – have legalized the drug for recreational sales and use.

These gains are unlikely to slow significantly, considering the growing swell of public support. The percentage of Americans who support legal marijuana has doubled since 2000, now at 62 percent, according to a recent Pew Research survey. Further, the percentage of adults between the ages of 50 and 64 who use the drug also also doubled over the last 10 years (to 9 percent) and the number of adults over 65 who use the drug has increased seven-fold. Analysts say that by 2030, the industry will be generating nearly $18 billion just in tax revenue.

Our Los Angeles marijuana business plan attorneys know that with the right strategy in communities primed for growth, cannabis companies can expect to thrive. Having a solid plan that accounts for as many contingencies as possible will give business owners the best shot.

Although the future of marijuana sales seemed uncertain a few years ago with staunchly anti-cannabis Jeff Sessions at the helm of the U.S. Department of Justice, U.S. Attorney General William Barr has taken a far more lenient stance than his predecessor, saying he prefers national legalization of cannabis. He’s referred to the current disconnect between state and federal laws to be “untenable.” Plus, Democrats now have control of the House. While Democrats have historically favored more pro-pot incentives than Republicans, these issues are becoming increasingly bipartisan in nature anyway. Numerous presidential candidates for 2020 have also expressed support for legalization of cannabis.

The House did pass the SAFE Banking Act, which would bridge a critical gap between state and federal laws for marijuana businesses desperately in need of banking and credit services. With banks pressing for greater clarity, passage appears increasingly likely.

The growing demand for medicinal marijuana is thanks in large part to cannabidiol, or CBD, which has been used as a legitimate option for treating seizures, chronic pain and other conditions. Although the U.S. Food and Drug Administration has only approved CBD for limited uses, it does seem likely those approved uses will be expanded. The industry is expected to have some staying power too. Hemp-derived CBD is expected to balloon to a $1.3 billion market in the next two years. That would be three times what it was last year.

Big Business in the Budding Industry

It’s almost certain that the demand for marijuana products is going to continue to expand. The question for many is whether the large corporations are going to largely box out the small mom-and-pop pot shops that dominated the medicinal market for years.

States can play a significant role in addressing this. California, for instance, has put caps on the sizes of marijuana agriculture sites. This, in turn, spreads the benefits to as many players as possible.

It’s also likely we’re going to see technology firms gaining a significant foothold in the industry too, with everything from product testing to delivery services.

The Future of the Marijuana Industry in America, Oct. 3, 2019, By Deborah Dsouza, Investopedia