Most of our California cannabis business clients have some type of intellectual property, most often in the form of a brand name they are seeking to protect and capitalize on. However, as our Los Angeles marijuana intellectual property attorneys can explain, licensing can be complicated because, when it comes to marijuana, of course it is. 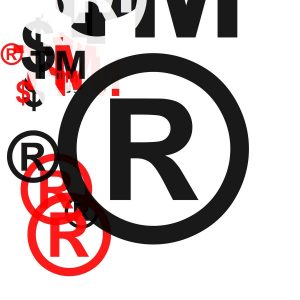 Let’s start with the fact that recently, the California Bureau of Cannabis Control, California Department of Food and Agriculture and the California Department of Health just dropped a heap of proposed regulatory modifications on the industry. (Written comments must be in by Nov. 5 to be considered – which you should definitely do if you have a cannabis intellectual property licensing agreement or manufacturing deal you’d like to keep going because those could be directly affected.)

Specifically, the state’s proposed action would seemingly effectively ban all IP licensee agreements where the licensor (seller) isn’t licensed by the state. That could put a major crimp in existing deals involving:

Why Are Cannabis Industry Intellectual Property Licensing Agreements so Common?

Intellect property licensing agreements involve a contract to license all or some of their patents, trade secrets, proprietary information, registered designs, copyrights, trademarks, etc. to another company.

Many cannabis companies forge intellectual property licensing agreements, and it can be beneficial for both the licensor (seller) and licensee (buyer). Let’s say for example you create a unique marijuana cultivation method. You could choose to keep it exclusive to your operation, but you may also have the option of selling the rights to use that same method to cannabis farmers on the other end of the state. Another example would be if your business plans chance (so much is in flux in the California marijuana industry) and you end up with a major surplus of crops or products. You can extend your IP licensing to a third party to help you sell the overstock.

Cannabis companies hat clear state compliance hurdles may have an existing brand that’s strong (or choose to create a whole new one for a fresh start). Either way, they’ve got to be certain they have a valid claim to it. Problems can arise when other cannabis firms have the same name or if your former business partner or ex-spouse is claiming it is actually THEY who own the intellectual property rights. (That’s why all this should be carefully mapped in the early stages of the business licensing process or as soon as possible after you create a new unique system or alter your branding.)

This crops up a lot for a few reasons:

The one other major complication is that pesky problem of the federal Controlled Substances Act that outlaws marijuana as a dangerous, Schedule I narcotic. The agency that oversees patents and trademarks – the U.S. Patent and Trademark Office – is federal. That means it’s not going to issue any trademark registrations for marks that are cannabis related.

But until this proposed measure, there was nothing in state law that would stop third-party cannabis companies from engaging in IP licensing deals. In fact, this practice is pretty widespread throughout the marijuana market and is a significant detour from established rules in other legalized recreational marijuana states.