Few sectors in recent memory have been poised to grow as exponentially as the cannabis industry. By some estimates, we’ll be seeing $45 billion by 2025. And yet, until federal marijuana law aligns with the reality of state law, the status of marijuana as as a Schedule I narcotic under the Controlled Substances Act stands as a considerable barrier to the enforcement of any business contract involving a cannabis company. 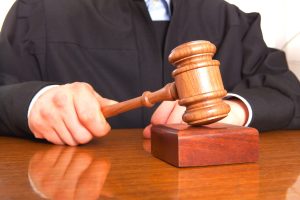 As our Los Angeles cannabis business lawyers can explain, the illegality defense has been used (with varying success) to invalidate business contracts that would be strongly enforceable in any other industry.

The illegality defense essentially holds that any contract requiring one party to engage in illegal conduct is not enforceable. It’s been employed by cannabis companies, vendors, distributors, etc. to avoid being held to their prior agreement.

We saw an example of this just last year in Sensoria et al v. Kaweske et al, before the U.S. District Court for the District of Colorado. In this case, a group of plaintiffs wanted to recover their investment from a cannabis company it said engaged in breach of contract, breach of fiduciary duty, civil theft, and fraud. Plaintiffs say the invested hundreds of thousands of dollars in a cannabis enterprise, only for the company to essentially cut them off from communications and ultimately, shut down after opening up a rival firm. Investors not only were deprived of a return on investment – they didn’t receive back their initial investment.

The defense responded with the illegality-based defense as a bar to recovery. The federal court noted that the overarching issue was the cannabis company’s direct involvement in the growing and selling of marijuana – legal under Colorado law, but not under the federal SCA. The court held that the plaintiffs’ failure to explain how relief could be obtained without endorsing or requiring illegal activity or how it would be paid from an asset source independent of marijuana.

Plaintiffs returned to court three times, rewriting the complaint each time in an effort to sidestep the illegality defense. Plaintiffs argued they were passive investors with intent to invest in the lawful side of the business – namely CBD and hemp, which are not in violation of federal drug laws. However, the court responded that even if the intention was to engage in lawful business, that didn’t render the illegality issue null and void. Trying simply to reframe the relationship wasn’t adequate. The court explained that material aspects of the litigation centered on activities that are either actual, ongoing violations of the Controlled Substances Act by the defendants or the plaintiff’s attempts to recover investments in an enterprise whose activities implicate the Controlled Substances Act. The role of cannabis in the case was not an indirect aspect of the dispute, and the court declined to issue any decision on the fairness of any business contract stemming from the growth, processing, or sale of the substance. The remedy, if plaintiffs were to win their case, would be limited to the return of investments paid from non-marijuana assets, which is not an option. Since marijuana is at the heart of the claims and the drug is illegal at the federal level, the federal court cannot award any damages from it.

Citing this illegality defense, the defendants have moved for summary judgment as a matter of law in their favor. That motion is likely to be granted.

In addition to allowing us an opportunity to examine the illegality defense, this case also underscores the importance of avoiding a federal forum when it comes to any case involving marijuana businesses. Until federal law changes to permit the broader legality of marijuana, courts at that level are going to be limited in terms of the resolution and remedy they can provide – no matter how skillfully the case is presented.

If you have questions about the best way to pursue a marijuana business or contract dispute in California, our Los Angeles cannabis business lawyers can help.