Federal investigators are attempting to strong-arm officials in the northern California county of Mendocino, where a now-defunct program had allowed certain growers to cultivate as many as 99 plants at a time. 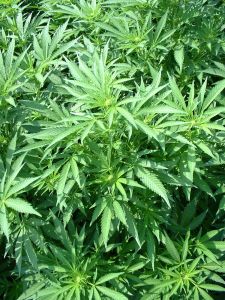 Los Angeles medical marijuana lawyers understand that the program had been quite successful in the county, netting an estimated $800,000 for the county during the two years it was operational. However, the program was effectively shut down by the federal government when prosecutors threatened legal action against the county if it continued.

Now, it appears federal prosecutors may be trying to assemble evidence in criminal cases in order to prosecute marijuana cultivators who were operating peacefully, legally and without issue under local ordinance. Those operations have ceased since the county government ended the permit program, of which cost $1,5000 plus a $500 monthly inspection fee plus another $50 for each authorized plant that was grown. Those funds went directly to the local sheriff’s office in order to monitor the program.

Back in January, federal prosecutors threatened to hold individual county officials who participated in the program personally criminally responsible if it were to continue. Needless to say, action to shut it down was swift.

The county complied. The cultivation efforts stopped. The federal government was successful in its desired, albeit misguided, outcome. It’s not clear exactly why the prosecutors want the county’s records, which included the names of farmers, as well as the patients they served, but one could make a strong argument that a criminal filing may be forthcoming.

A spokesman for the Americans for Safe Access advocacy group questioned why prosecutors are so interested specifically in Mendocino County, when such grow operations are ongoing throughout the state.

One explanation for why is simply that they can – and it’s easy. Their entire case may be handed to them in the form of state records obtained by individuals who had acted in good faith to operate according to terms laid forth by the local government in an agreement that was peaceful and mutually beneficial.

It’s like a bully who targets the smallest kid in the class. He knows that’s where he’ll find the least resistance.

But medical marijuana growers who are targeted by federal investigators should know that they can fight back – aggressively – with the help of an experienced attorney. It’s bad enough that they have had to shutter their operations and it’s even worse that they now may have to endure further scrutiny and the anxiety of federal charges hanging above their heads. However, they should not and do not have to fight this battle alone.

Even the local sheriff in Mendocino said he is frustrated with the lack of guidance from the local branch of the U.S. attorney’s office on how to reconcile the federal ban on marijuana with the state approval of it. Court rulings have been all over the place, and unfortunately, until the California Supreme Court makes a ruling – which they have not yet even agreed to hear arguments on the issue – the legal lines will continue to be hazy. Subsequently, we will continue to see more of these “fish-in-a-barrel” prosecutions.