Bad news breaking out of Riverside: The California Supreme Court has issued a 7-0 unanimous ruling, affirming the right of local governments to ban medical marijuana dispensaries within their districts. 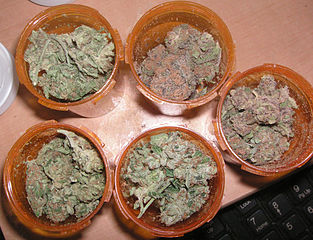 Our Los Angeles marijuana lawyers are deeply troubled by this position, primarily as it appears to run directly counter to Proposition 215, also known as the Compassionate Use Act of 1996, which granted all medically-cleared Californians the right to safe and reasonable access to the drug.

What this ruling means is that the approximately 200 bans pending throughout the state will be allowed to remain in effect. This ruling further emboldens other cities, counties or jurisdictions who had been considering a ban, but wanted to wait to find out the state Supreme Court’s take before pressing forward.

The case stems from a ban initiated by the city council in Riverside, where the city attorney said constituent complaints about crime, blight, drug abuse by minors and traffic congestion surrounding marijuana clinics had spurred council to initiate the process of a ban.

The city attorney has said the extent of these dangers could vary from community to community, and that each district should be allowed to consider what works best for them.

The problem however is multifaceted. First, it discounts the fact that chronically and terminally ill patients are going to be denied their right to safe and reasonable access to the drug. Unless they grow it themselves or have a primary caregiver do it for them (a process that is tougher than it sounds), patients won’t be able to obtain the drug at all unless they travel long distances.

Secondly, we believe that problems surrounding these facilities were either exaggerated or unfairly pinned on the dispensaries, which were scapegoated as part of a concerted effort to drive them out.

Riverside’s attorney has said this case is the be-all-end-all on the issue of medical marijuana dispensary bans enacted by local governments in California. And it’s true that this case will certainly pose even more serious challenges for dispensaries.

However, even the state Supreme Court justices conceded this may not be the end of the story. There is nothing, they said, that would block a ballot initiative or the state Legislature from amending the current law to explicitly deny local governments the ability to infringe upon some of its citizens’ rights.

And in fact, an effort to do so is already underway.

However, that could take some time, and the Supreme Court’s decision will begin affecting dispensaries immediately. Legal action is now expected to proceed in Riverside on 10 storefront clinics that are still operating in that city, including the Inland Empire Patient’s Health & Wellness Center, which is the facility named in the lawsuit. Nearly five dozen other dispensaries in the city have already been shut down as a result of the ordinance.

In addition to shuttering these locations, the city said it also intends to go after the remaining dispensaries for the cost of their legal expenses over the last four years.

Other areas that also have bans:

The City of Los Angeles had also enacted a ban, but that was later overturned amid fierce opposition. Now, voters await a chance to vote on new regulations later this month.