California employees are now protected from off-the-clock cannabis use, thanks to a new law recently signed by Governor Gavin Newsom. Assembly Bill 2188 makes California the 7th state in the U.S. that prohibits employers from discriminating against workers who consume cannabis legally when they’re not at work. 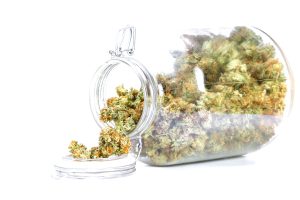 The statute formally goes into effect on Jan. 1, 2024. The law forbids employers from making decisions to hire, fire, or take any other adverse employment action on the basis of a drug test that detects “nonpsychoactive cannabis metabolites” in the test taker’s urine or hair. It’s worth noting that such a test is not an accurate indicator of current impairment (something employers still have control over). Cannabis-positive urine and hair follicle tests are only indicative of recent cannabis use – and “recent” can mean weeks prior.

Our Orange County marijuana lawyers – who also handle Southern California employment law cases – recognize that such tests are not only offensive, but a clear invasion of an employee’s personal privacy over their own body. Recreational marijuana use by adults – just like alcohol use – has been legal in California for years. We don’t penalize workers for after-hours cocktails or wine with dinner. Why should workers be punished for legal cannabis use off-the-clock?

Of course, workers can still be penalized for being under the influence of cannabis on-the-job. Companies are not obliged to continue employing individuals who come to work impaired. But determining impairment involving cannabis is a bit trickier than with alcohol. Alcohol cycles through the human body quickly. Therefore, a blood, breath, or urine test that shows traces of alcohol is decent proof that the consumption was fairly recent. Often the higher the amount of alcohol concentration, the more recent the consumption and/or greater the degree of inebriation.

But cannabis stays in the body much longer. That means traces of it don’t necessarily translate to intoxication. It’s possible that other methods, such as oral swabs, may be able to detect more recent use. But employers pursuing adverse employment action against an employee for cannabis impairment at work will likely want to have additional evidence of on-the-job intoxication beyond merely the results of a chemical test.

A few industries are exempt under the law. Those include the building and construction industry, as well as individuals applying for posts that require federal background clearance. It also doesn’t preempt state or federal las requiring drug testing for receipt of federal funding, federal licensing, or federal contract. (The drug, still, remains unlawful at the federal level.)

Further, California employers can still mandate drug screens as a condition of requirement as well – so long as that testing does not involving screening for nonpsychoactive cannabis metabolites. (This type of metabolite is what becomes of tetrahydrocannabinol, or THC, the chemical compound that causes psychoactive effects, after it is consumed by someone. This metabolite can remain in the human body for weeks after consumption, but is not an accurate indicator of marijuana intoxication.)

The law protecting off-the-clock use of cannabis was just one of nine California cannabis-related policy changes Newsom recently approved. Among the others: