We reported recently in our Los Angeles Cannabis Attorney Blog that a report from marijuana analytics team Vessel Logistics, showing that even if California cannabis farmers were to slash their production of the plant by 50 percent, we would still end up with a significant surplus of marijuana. This could have significant implications, potentially spurring cannabis companies at every leg of the supply chain to fold. 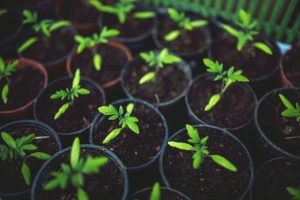 Part of how we got into this mess was California’s historical reliance on black-market sales, including those out-of-state. Federal law prohibits transport of marijuana across state lines, considering it a serious felony drug trafficking offense. Prior to legalization (even after by companies that hadn’t yet obtained a permanent permit) businesses reportedly offloaded excess marijuana product (including that which failed to meet the strict lab testing guidelines issued/overseen by the California Bureau of Cannabis Control) to those willing to pay a little less for it on the black market. A lot of that product then went east, to states where the drug wasn’t easily found or where the only market for it is illicit.

Los Angeles cannabis lawyers know there was always the risk of a bust and possible state or federal charges, though most original cannabis suppliers were far enough removed from the exchange of goods to be at real risk of catching a case. Still some might have considered it a risk worth taking considering the millions of dollars in losses at stake, had it not been for the Track-and-Trace seed-to-sale system that state regulators insisted on once growers got their permanent permit.

The reality is the the legal market complying with the Track-and-Trace requirements is only going to be able to compete in a fraction of the wholesale market it once did. Black market marijuana funneled through fewer quality and safety checkpoints is inevitably going to be cheaper.

Meanwhile, Los Angeles marijuana lawyers understand thousands of growers with temporary permits from the Golden State government are going to be forced with little choice but do shut down (and likely pushed back onto the black market) unless state lawmakers agree to an extension that will push back the deadline for them to become permanent permit holders. Although these firms have complied with state requirements, it’s been the state that has been slow in granting them.

Of course, the bigger problem is we have a confusing maze of legal statuses across the state when it comes to marijuana growers, producers, manufacturers, sales outlets and deliveries. Federal and state law conflict, while implementation of state law restricts both delivery and retail businesses within those jurisdictions.

The analysis by Vessel Logistics advises marijuana grow facilities to cultivate stronger relationships with those who process and distribute the plant, in particular seeking out those successful in navigating the Track-and-Trace program. This may help growers figure out what the demand is before they start planting a ton of the wrong plant or planting way more of the right plant than they need.

The bottom line though: They need to start growing less. Keeping up the production rates of years past under current laws is only going to result in losses, as companies will be selling at less than the cost of production – or else writing off total losses.

California is growing so much marijuana it could crash the market, March 19, 2019, By Andrew Sheeler, The Sacramento Bee