A cannabis money transport firm is suing the federal government in California Court over a civil forfeiture of cash by law enforcement officers in Kansas and California, who were working in conjunction with the U.S. Drug Enforcement Administration. As our Los Angeles cannabis company lawyers recognize, the case underscores the unique risked undertaken by those in the legal cannabis industry who are largely cut off from traditional banking resources, thanks to federal marijuana prohibition laws. 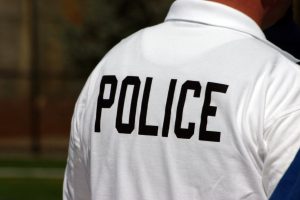 The case is Empyreal Enterprises LLC v. United States, filed in January in the Central District Court of California.

Plaintiff is actually a Pennsylvania-based firm that offers cash collection and transport services to state-licensed medical cannabis businesses across the country. The company alleges that police and DEA agents in Kansas seized more than $165,000 in cash proceeds from a vehicle in Empryeal – money that belonged to a completely state-legal cannabis dispensary in Missouri that was being transported to another state.

Specifically, the plaintiff alleges numerous counts of something called ultra vires, which is legal jargon for actions that a government agency takes that go beyond its lawful authority. They further allege due process violations and violations of Fourth Amendment rights. The company is looking specifically to block the government from carrying out these stops, searches, and seizures from its property or possessions, which it alleges are not constitutional. An requested emergency order for that last was shot down by a U.S. District Court judge in January, but the case is still proceeding. Whether we’ll have a final decision on the matter this year remains to be seen, but it’s a case that will be worth watching as it progresses through the courts.

Why is the case proceeding in California, though? Because since May 2021, the company’s vehicles have been stopped/search by law enforcement agencies five times, three of those in San Bernardino County, California. None of the stops led to an arrest or even a traffic citation, yet officers seized over $ 1million in deposits. Each time county sheriff law enforcement officers seized the money, they were turned over to federal agents as part of forfeiture procedures. If the forfeiture process is successful, 80 percent will get returned to the county sheriff’s agencies.

The civil forfeitures that took place in California are especially questionable because cannabis sales are fully legal in our state for medicinal and recreational purposes. But even so, many banks and even armored car companies have been reticent to wade into the legal cannabis industry because the legality remained uncertain. Scenarios like this were seen as a very real – and concerning – prospect. But cannabis companies, meanwhile, have been targets because they deal with significant amounts of cash-only transactions.

California lawmakers did pass a law indicating it was legal for armored car companies to work with state-licensed cannabis firms to transport deposits into financial institutions. By working with federal law enforcement agencies, though, it seems local and state officers had found a loophole through the federal equitable sharing program. However, Congress also prohibits federal law enforcement agents from using funds to interfere with state-legal medical cannabis companies. (Most of the plaintiff’s clients in this case were medical cannabis companies.) It’s for this reason that Empyreal is alleging both federal and local law enforcement officers are acting outside of their authority, their actions being clearly profit-motivated.

This sort of improper incentive is further proof that civil forfeiture actions should be much more carefully scrutinized, if not entirely abolished. It’s a case we’ll be watching closely.