A recent lawsuit the maker of Skittles candy against a California-based cannabis company is indicative of a trend our Los Angeles cannabis attorneys expect to continue if marijuana business brands continue to copycat big-name candies. 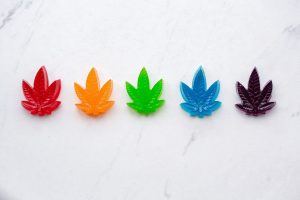 In Wm. Wrigley Jr. Company v. Terphogz, LLC, the Chicago-based candymaker of Skittles launched an advertising campaign that involved the slogan, “Taste the Rainbow.” The advertising and packaging for their fruit-flavored candy shows the slogan with a large S logo. The company alleges that a cannabis company in Medocino is selling merchandize under the name Zkittlez, with illustrations of its goods advertised as looking very similar to the Skittles candy. On its website, which sells cannabis-related items and goods nationally (as well as to residents of Illinois, where plaintiff is based), it sells goods under the brand name Zkittlez, with the similar logo.

The defendants say they do not engage in cannabis sales, but rather license the intellectual property rights to cannabis companies in California nd Oregon. Defendants say they don’t engage in business in Illinois, run targeted advertising there, or run any companies or have professional contacts there. Three of the board members have never been to Illinois. Plaintiffs say, however, that prior to the website being shut down in May 2021, the Zkittlez branded goods were available for shipment to the entire U.S., with recorded gross proceeds somewhere around $32,000. The Wm. Wrigley Jr. Company is seeking treble (triple) damages for the alleged copyright infringement.

The defendants have tried to get the case dismissed. However in November, a judge rejected their motion to dismiss, meaning the case is continuing through the courts.

The plaintiffs here have a strong case, alleging not only trademark infringement, but also undermining of their entire brand, given that unlike their candies, cannabis products cannot safely be consumed by children for recreational purposes.

A recent analysis by The New York Times revealed striking similarities in the packages of cannabis company products and the larger candy company brands. For example, a sour gummy product uses the same color scheme and design for its “Cannaburst” that Starbursts candies use. Same with another cannabis gummy when compared to the Life Savers package. The red flags that these are not candies are in words like “THC” and “medicated” on the front. But those differences alone are unlikely to protect these companies from trademark infringement litigation – which can have substantial costs.

What’s interesting is that similar cases in the past involving companies like Hershey seemed to result in marijuana firms backing down. However, it now seems to be a renewed surge in this kind of practice.

It’s unclear why, but we know this practice is somewhat longstanding. Before marijuana was legal, there was little concern about things like trademarks of “Big Candy” corporations. The “Cap’n Punch” companies of the world – and their consumers – all pretty much took it for the joke it was. Not to say it was legal then, but these companies were never that large to warrant a great level of scrutiny anyway. That has since changed. As longtime Los Angeles cannabis attorneys, we strongly advise legal cannabis purveyors to consult with an experienced legal team before launching any kind of product – particularly one that might be mistaken for another brand.