It’s true that California law forbids those under the age of 21 from possessing marijuana, even small amounts. 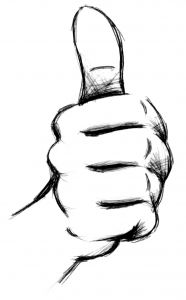 However, police and even the courts appear to be routinely overlooking one fact: If you have a valid medical marijuana prescription, you are exempt, even if you are under the age of 21. It’s important to understand this because it’s more than a $100 citation – it will result in a one-year driver’s license suspension — and a conviction could have long-term consequences.

Even if you don’t have a valid prescription, it’s usually advisable to fight the ticket, as an experienced Los Angeles marijuana attorney can usually negotiate entry into a drug diversion program, rather than having the charge on your record and revocation of your driving privileges.

For patients who have a valid prescription, our attorneys have been successful at getting the case dismissed entirely, most recently on Sept. 10, 2012.

Our client had been cited for possession of marijuana of less than one ounce. Under California Health & Safety Code 11357(b), every person who possesses more than 28.5 grams of marijuana is guilty of an infraction punishable by a $100 fine – and a one year license suspension.

What many people don’t understand is that simply paying this fine, which admittedly is a nominal amount, is akin to pleading guilty, which means the license suspension will be automatic.

In this case, our client was cited for possession of marijuana, even though he had a valid prescription for the drug and even presented it to the officer immediately upon request.

However, the officer did not honor this prescription and cited our client anyway.

The patient suffered from severe migraine headaches, which is one of the specifically-listed conditions that the law permits for eligibility for access to medicinal marijuana. Under the state’s Medical Marijuana Program, overseen by the state Department of Public Health, other qualifying conditions include:

It also includes any other chronic or persistent medical symptom or condition that substantially limits a person’s ability to conduct major life activities, as defined by the Americans with Disabilities Act of 1990, or could cause serious harm to a person’s health or safety.

Our client in this case had tried other pain medications, and found the litany of severe side effects to be unbearable.

Although similar cases are often resolved in a plea bargain agreement, CANNABIS LAW GROUP Attorney Damian Nassiri pressed forward in taking this case to trial. While prosecutors contended the charge was valid, Nassiri brought in the client’s doctor to testify as to the patient’s medical condition.

The charges were dismissed.

Our client still has his driver’s license, and is free to maintain his medical routine without interference.

No one who seeks treatment of a medical condition should be treated like a criminal or fear prosecution. The fact that the certain members of law enforcement are not honoring this very basic provision is troubling. We are ready to fight back.

Call us to find out more about how the Los Angeles CANNABIS LAW GROUP can help you.