At a medical marijuana dispensary in southern California, the operators are known to hand out Bibles with their buds. 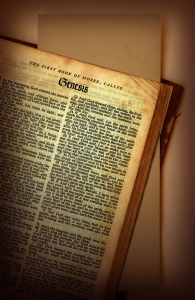 Our Los Angeles marijuana lawyers understand that Canna Care, based out of Sacramento, was recently profiled by The Christian Post, an online news magazine. The owners of the operation say they support the decriminalization of marijuana, and they often evangelize to their customers, though being a Christian is not a requirement for receiving their product.

Every evening at 6 p.m., they lead a prayer group with their clients, and estimate they have given out approximately 3,000 Bibles since they opened their doors a few years ago.

While Canna Care is especially vocal about its members’ faith and advocacy, it is by far the first Christian organization to express strong support for the medical marijuana and recreational legalization movement.

For example, Pat Robertson, who founded the Christian Coalition and hosts “The 700 Club” made waves earlier this year when he was quoted by The New York Times as saying that he supports the decriminalization of marijuana, adding he believes it should be regulated and sold similar to the way alcohol is.

He also indicated that the “War on Drugs” isn’t working, and its clearly time for another approach.

There are also a number of Christian marijuana advocacy groups, such as, “God Gave Us Cannabis,” “holyhemp.org” and “Christians for Cannabis.” In the last of these, in addition to expressing support for organizations like NORML and Common Sense for Drug Policy, the group quotes Bible verses, such as Zechariah 8:16 through 8:17, which urges Christians to speak the truth to each other and seek true and sound judgments in courts of law. The organization’s leaders say they want to provide a solid base of factual information so that there will be no lack of knowledge, and that the Christian community will begin on a wider scale promoting drug policies that are based on both science and compassion, as opposed to policies steeped in apathy, fear or ignorance.

Of course, there are those Christians who are staunchly AGAINST the use of marijuana for any purpose – medicinal or not. Some point to verses that instruct one to abide by the laws of the nation in which you live. Because marijuana is illegal under federal law, they hold, Christians should steer clear. Others talk about references in the New Testament, which say that the body is a temple, and as such, one should be careful about the substances they put into their body.

On the other hand, others point to verses such as Genesis 1:29, which says that God provided every plant and tree, which people should use for “food.”

At the end of the day, there is no reference to marijuana in the Bible, nor in the Koran or in the Torah. In fact, while none ever expressly prohibit the use of marijuana for any reason, they don’t approve of it either.

So it is left to religious leaders and the faithful to determine whether certain passages may be applicable. For now, they seem fairly split.

Of course, a number of recent surveys indicate the attitudes of those across the country have evolved rather rapidly as well, with the majority of the country supporting the availability of the drug for those who are sick, and most wanting the government to leave in peace those who use for recreation.

Given the sway that Evangelical Christians have with the conservative Right, a shift to acceptance of the drug may prove critically important.