Colorado Ski Resorts are looking to curb the impact of recent changes in Colorado law that legalize the recreational use of marijuana in the state. 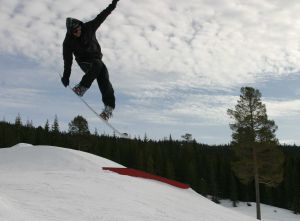 our marijuana lawyers anticipate some businesses will be affected by pending legalization of recreational marijuana use in the state.

Although many in Colorado may see recreational marijuana as a positive step, it seems that the states popular ski resort industry is taken an offense approach to ensuring their multi-billion dollar industry stays intact.

The new legislation that legalizes recreational marijuana smoking in Colorado will take effect on January 1, 2014.

The ski resorts claim they are being proactive and providing education to the public as to what they should expect when they come to a Colorado ski resort. Ski resorts are using social media to let prospective guests know that they offer a lot of different activities but public marijuana smoking will not be one of them.

Ski resorts have delivered contradictory messages on this topic as many claim they have not heard about a decline in visitors due to the legalization of marijuana but at the same time they are very concerned about a decline in numbers, particularly families.

The worry is that families will choose to go to a ski resort in another state, where marijuana is still illegal.

Realistically ski resorts must realize that the localities that surround them are often the most pro-marijuana in the state and ski resorts will be fighting an uphill battle to disallow marijuana use. When marijuana legalization was put to a vote counties which housed ski resorts passed the legislation by overwhelming numbers.

Ski resort officials hope individuals will refrain from smoking marijuana in public as this is still illegal in Colorado even with the passage of the new law.

Officials want visitors to be aware that anyone who is caught smoking marijuana on the slopes risks having their pass taken away and being asked to leave the resort. The founder of a company who plans marijuana themed ski trips explained that the great majority of marijuana users are respectful and considerate and would be more than willing to smoke marijuana in private.